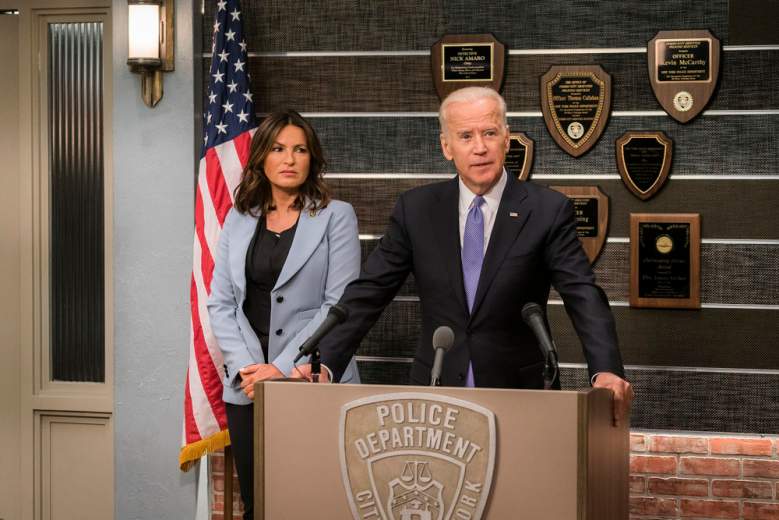 Joe Biden will star in one of the first episodes of Law & Order: SVU Season 18. (Photo by: Michael Parmelee/NBC)

Vice President Joe Biden will once again play himself on NBC. He will star in an early episode of Law & Order: Special Victims Unit‘s 18th season, which starts in September. NBC released the above photo from the set on July 29.

SVU, the only show from the Law & Order franchise that’s still on air, will kick off its 18th season on Wednesday, September 21. Biden will appear in the second episode of the season, airing on September 28. In the episode, Biden will congratulate Lieutenant Olivia Benson (Mariska Hargitay) and the SVU team for raising awareness about the rape kits that sit untested around the country.

Biden and Hargitay have been at the forefront of raising the issue in real life. In May 2016, the Joyful Heart Foundation, which was founded by Hargitay, honored Biden for being an advocate of domestic violence victims. The organization also launched EndTheBackLog.org, which raises awareness for the issue.

Hargitay and Ice-T blogged about filming with Biden on Twitter.

Joe is in the Building…. SVU. pic.twitter.com/ZAd4CyWFb1

Back view of VP Challenge Coin.. And YES Biden was cool as F.. Knew a lot about me.. Way more than I expected. pic.twitter.com/vryLktgdps

The depth of the @VP's integrity, commitment, and leadership has come to mean so much to me, to our community, and to survivors (1/2)

There are no words for the @VP's commitment on these issues. I am so very fortunate to be able to call him my friend. (2/2)

Biden was last seen on an NBC scripted show in the 2015 finale of Parks & Recreation, in which he played himself. He also appeared in an earlier episode of the show when Amy Poehler’s Leslie Knope visited Washington DC. 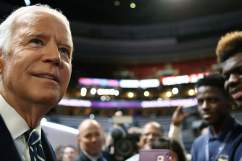