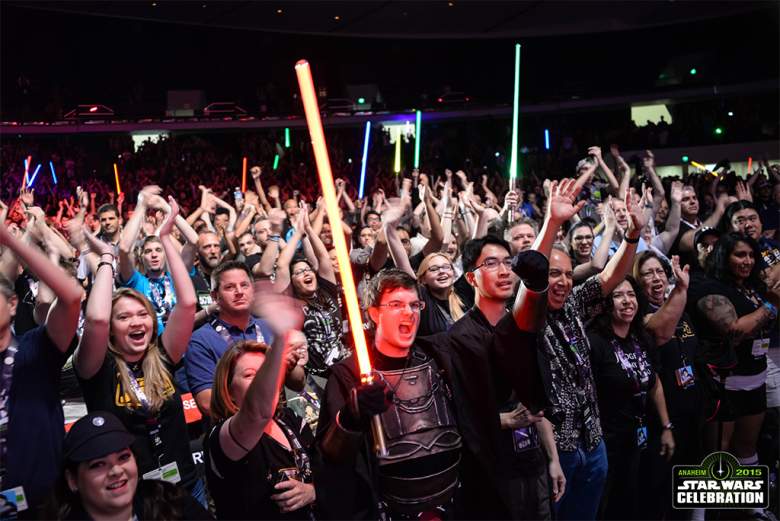 Star Wars fanatics everywhere are in for a treat over these next few days, as it’s almost time for the yearly tribute to all things related to the galaxy far, far away. Star Wars Celebration 2016, an event which is sort of like Comic-Con but just for Star Wars, will be held from July 15th to July 17th in London.

But if you’re not in London or were not able to get tickets for the event, don’t worry; the official Star Wars YouTube channel provides a high-quality live stream of every single event throughout the weekend. Check back in right here tomorrow morning for a link to the stream.

A few of the scheduled panels will mainly be of interest to super hardcore fans, like an hour with Ray Park, the actor who played Darth Maul in The Phantom Menace. But a few others will be of great significance to anyone wondering about the future of this franchise. On Friday morning, a new Rogue One trailer is expected to be revealed, and on Sunday, it is speculated that we may find out the title of Star Wars: Episode VIII.

Here is the full schedule of panels being held throughout the weekend, followed by each panel’s official description from StarWarsCelebration.com. If you won’t be able to watch live, check back in right here during the scheduled time for live updates from the panel.

Read More
Celebrities, Star Wars
Star Wars Celebration 2016 will be held this week from July 15th through July 17th. Here is the full schedule and all of the panels worth watching.