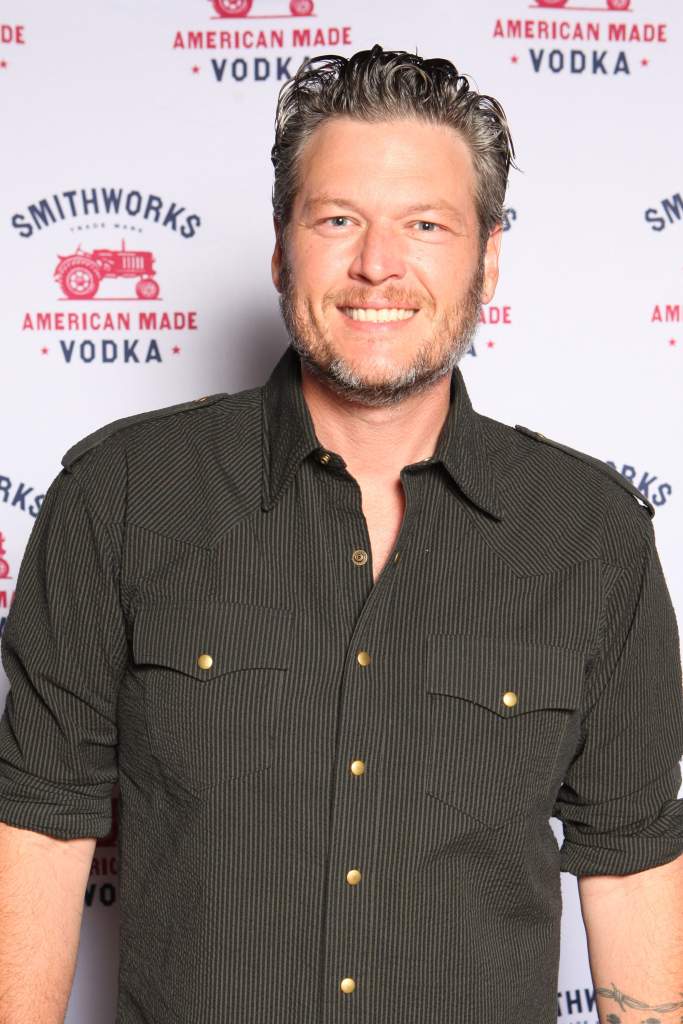 40-year-old Blake Shelton released his debut single in 2001. These days, Blake has been busy hanging with his girlfriend, Gwen Stefani. (Getty)

Country singer and Voice star Blake Shelton has issued an apology after a series of old, offensive tweets surfaced.

The tweets cover the gamut of offensiveness, including a fantasy involving then 16-year-old Dakota Fanning, comments about gay people, and a racist comment.

But did Shelton really write the over-the-top offensive tweets and, if so, why didn’t anyone find them before now? The latter point had some suspicious about their authenticity. However, Shelton has now apologized.

According to E News, “Blake Shelton has issued a public apology after old tweets of his resurfaced last night. The country singer took to social media to clear the air over the tweets, which were made from 2009 to 2011, and to assure fans that he was deeply sorry for offending anyone.” However, Shelton stopped short of confirming the old tweets, said E News.

Fox News reported on the tweets and said previously that Shelton’s representative had not returned calls for comment. “Blake Shelton is in hot water after his followers unearthed a series of old tweets the singer sent out that have been labeled as racist, misogynistic and homophobic,” said Fox.

Indo Asian News Service says the tweets were deleted after the controversy broke.

Some were skeptical that Shelton really wrote the tweets. One blogger wrote, “That doesn’t mean these tweets aren’t legitimate, and historically Blake Shelton is certainly known for mixing it up on Twitter… But at the moment, the public is being asked to take a leap of faith in believing these tweets are true, while also having to resolve how if they are so offensive now, why folks didn’t make a big deal of them in 2011?”

Hollywood Life claims – without providing named sources – that Gwen Stefani was upset about the tweets but said previously that a source says Shelton denies writing them. However, eonline reports that Shelton joined Stefani in Dallas on Aug. 13, reporting that Shelton “suddenly stepped out with his guitar in hand, prepared to serenade his lady love with their ‘Go Ahead and Break My Heart’ duet.”

Some fans are upset: “You can delete a tweet, but the Internet will never forget,” wrote one fan.

Woman’s Day said, “The tweets certainly seem to have come straight from the American musician, but Blake is yet to comment on the matter.” UK Daily Mail said it “contacted a representative for Blake for comment” and also posted a story on the purported tweets, but it contained no denial nor confirmation from the star. The Toronto Sun said Shelton was being slammed by fans on social media over the tweets.

Daily Mail notes that Shelton has a history of controversial tweeting, writing, “The Voice judge came under fire for a homophobic tweet he posted to his then 300,000 followers in 2011.”

However, social media users say they saved screenshots of the purported tweets. Celebrity blogger Perez Hilton was one of those who shared the tweets on Twitter. When a fan challenged Hilton as to whether the tweets were real, he wrote on Aug. 13 that they were and said they were still up (however, the tweets he linked to are now unavailable):

In addition, the tweets are getting play in British media.

Read screenshots of some of the purported tweets:

These old @BlakeShelton tweets are going viral!! What do YOU think about his thoughts? https://t.co/zR9ctXW3vQ pic.twitter.com/lO2qacKuxF

Blake Shelton deleted some of his tweets good thing we got screenshots. ☺️ pic.twitter.com/rQtSSTFgPT