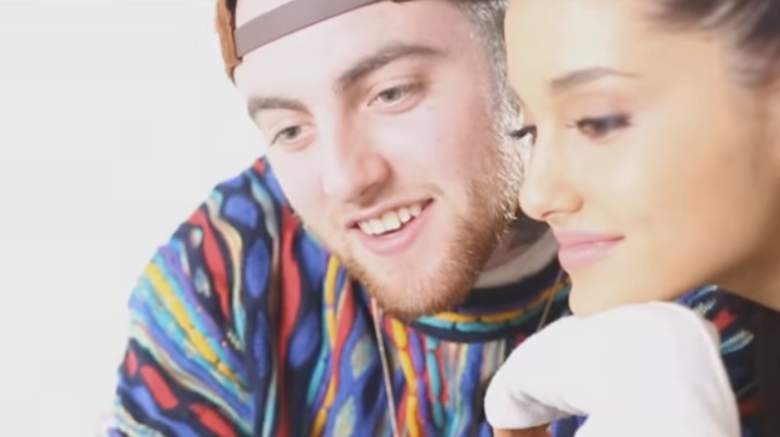 Ariana Grande is one of the big performers at the 2016 VMAs and tonight she was questioned about her new relationship with Rapper Mac Miller. Get the rundown on their romance in the below 5 Fast Facts.

1. Grande Said Miller Will Not Attend the VMAs with Grande

In an interview on the MTV VMAs red carpet tonight, Grande was asked about her “boo” and she said that he’s not there. Grande said her man is supporting her from a far, so fans who are hoping for some PDA will not get their fix tonight … Or will they? Check out the below tweet as we spot Miller next to his woman Grande in the audience at the VMAs.

.@ArianaGrande is actually us after that @Beyonce performance (Side note: Cute glasses, Ari!!!) pic.twitter.com/iPVdRHIlDA

According to Daily Mail, Miller did attend VMA rehearsals with Grande.

2. The Couple Is Snapchat Official

Though Grande isn’t trying to make a spectacle of their relationship and show off her man on the VMAs red carpet, the couple isn’t shy about posting affectionate Snapchat videos and photos together. Check them out in the above video. 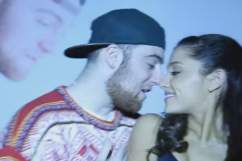 When Daily Mail asked Grande’s brother Frankie about his sister’s relationship, his reply was this:

I’m supportive of anything that makes her happy, and she seems to be very happy right now.

4. They’ve Collaborated On Music Together All Ready

Mac Miller and Ariana Grande have collaborated on music twice together. The first time they came together musically was for the song “The Way” and Miller played Grande’s love interest in the music video. The couple has now come out with their song “Into You.” Give “Into You” a listen below.

5. Grande And Her Man Have Gotten Tattoos Together

Recently, Grande and Miller posted footage of them getting tattoos. Though they didn’t get matching tats, the couple did get inked together. Grande got a Venus symbol and an A on her fingers. 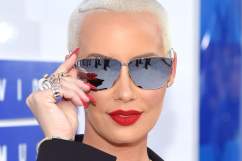