Inventor Nikola Tesla is the subject of PBS‘ latest American Experience episode. Tesla (1856-1943) was born in Smiljan, Croatia, but emigrated to the U.S. in 1884. The episode debuts on your local PBS station on October 18. Read on for a preview of the episode and to find out when you can watch it.

Tesla: American Masters is written and produced by David Grubin, who has won Emmys for his work on American Experience, Healing and the Mind with Bill Moyers, Smithsonian World and A Walk Through the 20th Century with Bill Moyers.

The episode profiles Tesla‘s life and career. He first came to the U.S. in 1884, arriving in New York to work for Thomas Edison. Tesla was hired to create a new design for Edison’s direct current generators and he asked for the $50,000 he thought Edison owed. “Tesla, you don’t understand our American humor,” Edison told him. Tesla then quit. Tesla went on to start his own Tesla Electric Light Company with George Westinghouse and created the alternating current system used to this day.

Tesla also came up with the concept of wireless electricity, which he thought would be a solution for the world energy crisis. The film will also look at Tesla’s other innovations with electricity.

SYNOPSIS: A profile of Nikola Tesla (1856-1943), the genius engineer who developed a way to distribute electricity over vast distances; and who envisioned a world linked by wireless technology. 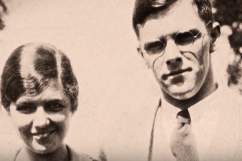