Let's call a spade a spade: @kevinmeaney is hilarious. He's got the audience in stitches @ Comedy in Concert show #comedians #onstage #humor pic.twitter.com/tmxrET1uzs

Kevin Meaney, the well-known stand-up comedian known for the catchphrase “That’s not right!” has died at the age of 60.

Meaney’s website says, “Emmy Award winner Kevin Meaney has been one of the country’s most popular standup comedians for more than 25 years.”

He was still doing stand-up comedy as recently as October 6.

1. Meaney Was Found Dead in His Home

According to The Hollywood Reporter, Meaney was found dead in his home in Forestburgh, New York.

A cause of death was not immediately released, and an autopsy is scheduled, said the Hollywood newspaper.

Laughspin said Meaney was remembered for his catchphrase, “That’s Not Right!” It was an imitation of his mother, the site said.

from the ding ho to here – i love ya kev

Famous comedians like Judd Apatow and Rosie O’Donnell have paid tribune to Meaney on Twitter. Fans expressed shock and sadness over Meaney’s death.

Kevin Meaney was as funny as they get and the nicest man. He could make you lose your mind laughing. A very special person. https://t.co/EBvDUmNUrr

RIP Kevin Meaney. I had the honor of working with you and watching you receive a standing o on your last set. I will miss you #kevinmeaney

What? No! On behalf of all big pants people, rest in peace, Kevin Meaney. :(

RIP Kevin Meaney. So so funny and a great guy. He had this amazing energy and silliness onstage that was inspiring.

3. Meaney Got His Break on an HBO Special & Johnny Carson’s Late Night Show

His first HBO special in 1986 “catapulted him to the forefront of the comedy scene,” said the website. 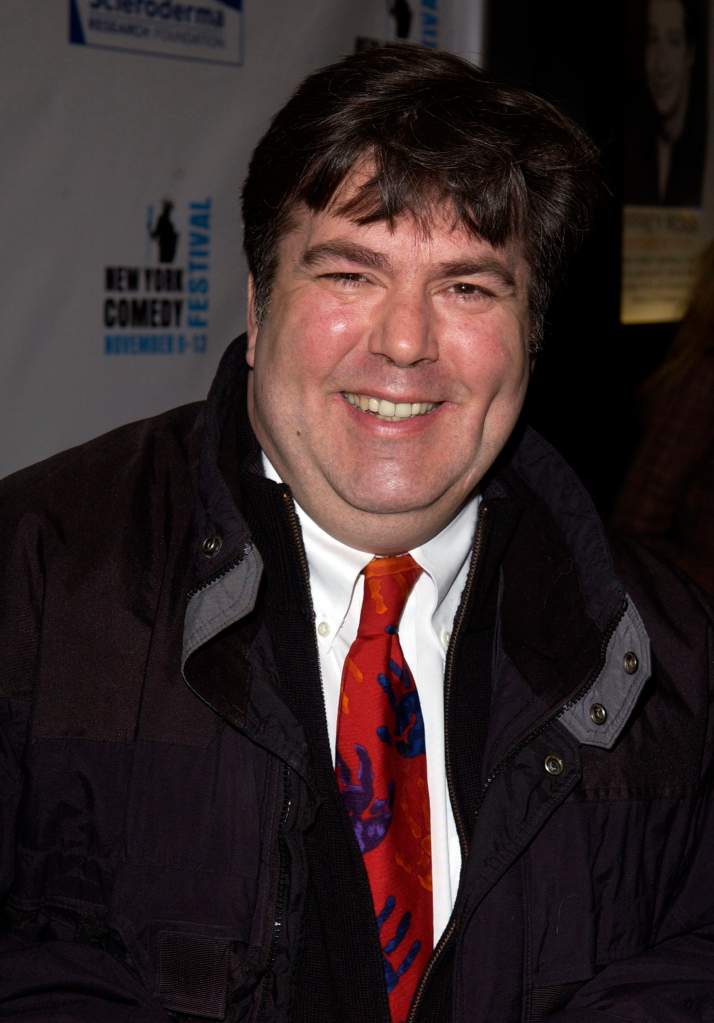 In 1987, Meaney made his debut appearance on, “The Tonight Show” with Johnny Carson and was invited by Johnny to join the guest panel, the website said, adding: “Since his first appearance Kevin has returned to the show a dozen times. He was a special guest on Saturday Night Live and has appeared on Letterman, Regis, Oprah and Conan.”

4. Meaney Was Also An Actor, Starring in the Sitcom ‘Uncle Buck’

Meaney’s website says that he starred in the CBS sitcom “Uncle Buck” for the full season it ran.

“In addition, he has done numerous guest appearances on both sitcoms and dramas,” says the website, adding that Meaney “also had a featured role in the movie ‘Big.'”

I think it's time for a name change Father. pic.twitter.com/WV1dmSQ2Vy

He later starred in the Broadway production of Hairspray “as The Male Authority Figure, playing five roles – Mr. Pinky, Harriman F. Spritzer, The Principal, The Cop and the Flasher.”

Always thought Kevin Meaney bursting into the "I Don't Care" song when he wasn't getting a laugh was fantastic. Lin… pic.twitter.com/38Ao65PRPn

Meaney was also a writer and producer, his website says.

5. Meaney Leaves Behind a Daughter

Meaney’s website says that he was living in New York with his daughter, Kate. On Twitter, Meaney described himself as “standup comedian, actor, writer, seller of songs, father, son and the Holy Ghost.”

On Facebook, he wrote about his daughter. In 2015, he joked, “Kate is making a clock for science fair. I’m so proud but I told her to keep it a secret, you don’t want anyone copying.#ClockGate.”

Meaney’s last tweet was on October 19, and it was political:

Some last minute advice for Hillary: Light your hair on fire! Be crazy and tell him "he's fired" Hit him in the face with a pie!#debate

A friend shared her last text message from Meaney:

I want to share my last message with #KevinMeaney w/ you guys because it's such a Kevin message. ???