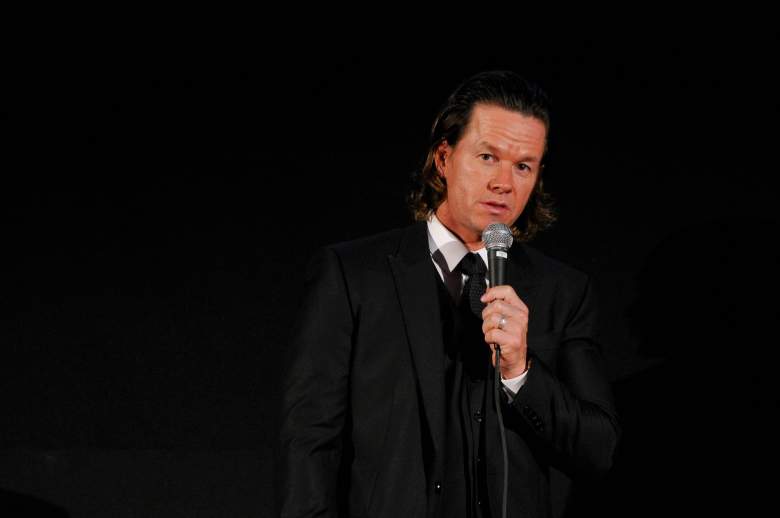 Whenever there’s a film involving Boston, you can almost be guaranteed that Mark Wahlberg will have something to do with it. He’s the star of Patriots Day, the first film about the 2013 Boston Marathon bombing that killed three people and wounded 264 others.

Patriots Day also marks the third film collaboration between Wahlberg and director Peter Berg (Friday Night Lights). The two also worked together on Lone Survivor and Deepwater Horizon, both of which were also based on true events. Berg also wrote the script with Matt Cook (Triple 9) and Joshua Zetumer (RoboCop [2014]). Patriots Day is inspired by the book Boston Strong: A City’s Triumph Over Tragedy by Caster Sherman and David Wedge.

The film began its limited run on December 21 to qualify for the Oscars and landed on the National Board of Review‘s best films of 2016 list. However, the film was not nominated for any Oscars. Patriots Day‘s wide release began on January 13, 2017.

Here’s a look at the making of the film.

1. Mark Wahlberg’s Sgt. Tommy Saunders Is a Fictional Character, Based on Different Officers Who Worked on April 15, 2013 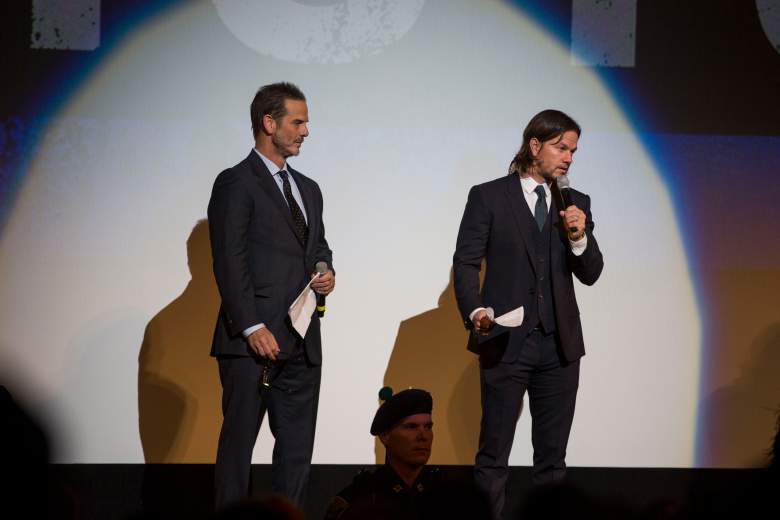 Wahlberg stars as Sgt. Tommy Saunders, who isn’t a real-life character. Instead, he’s a composite of different Boston police officers who worked on April 15, 2013, the day of the bombing.

The film gets its title from Patriots Day, the real holiday celebrated on the day of the Boston Marathon. After the attack, the film focuses on the manhunt for Dzhokar Tsarnaev and his brother, Tamerlan.

Although Tamerlan was killed in a shootout with police, Dzhokar was arrested and found guilty of charges related to the bombing. He is currently a death row inmate, in custody at a U.S. penitentiary in Colorado.

PATRIOTS DAY – UNITY 30 TV SPOT – Select Cities Wednesdaypatriotsdayfilm.com An account of the Boston Marathon bombing, PATRIOTS DAY is the powerful story of a community’s courage in the face of adversity. In the aftermath of an unspeakable act of terror, Police Sergeant TOMMY SAUNDERS (Mark Wahlberg) joins courageous survivors, first responders and investigators in a race against the clock to hunt down the…2016-12-19T23:48:25.000Z

In an interview with CNN, Wahlberg admitted that he was reluctant to do the film at first.

Wahlberg told CNN that he met several victims of the attack and their families. “I realized that and I felt even more pressure and that’s why I told Pete [Berg], I don’t care but we have to do it this way. Nobody is better for the job because nobody cares more than me,” he said. 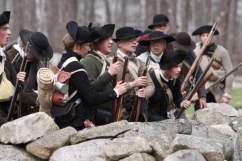 What Is Patriots’ Day? 5 Fast Facts You Need to Know

2. Parts of the Film Were Made During the 2016 Boston Marathon & Some Twitter Users Weren’t Happy

Mark Wahlberg is at the #BostonMarathon finish line filming a scene from #PatriotsDay. (via @BenPaulin_ENT) pic.twitter.com/y9hoc7qECO

Wahlberg and Berg filmed parts of the movie in Boston, rather than recreating the city with studio sets or filming elsewhere. In April, they filmed scenes during the 2016 Boston Marathon, almost exactly three years after the events depicted in the film.

As Fox Sports points out, there were many Bostonians on Twitter who were not happy about Wahlberg making the movie now, with the events depicted so fresh in their minds. Others felt that he was drawing security away from protecting those who weren’t there to make a movie.

Happy Patriots Day everybody! Enjoy this precious last one before its top Google result is a too-soon Mark Wahlberg movie.

If Mark Wahlberg didn't feel even the tiniest bit of guilt shooting his movie at the #BostonMarathon finish line TODAY, then, I don't know.

@PeterCMoran In the extent of poor taste, all the ends of security down here and they need to be doing that too?

Like, do you really need to be filming on Boylston on the day of the Marathon? That's 100 percent necessary?

In an interview with the Boston Globe, Wahlberg, who was born in Dorchester, insisted that it wasn’t “too soon” to make the movie. “It’s not soon enough.”

3. The Parents of Martin Richard, an 8-Yea-Old Killed in the Bombing, Told Wahlberg Not to Depict Their Family 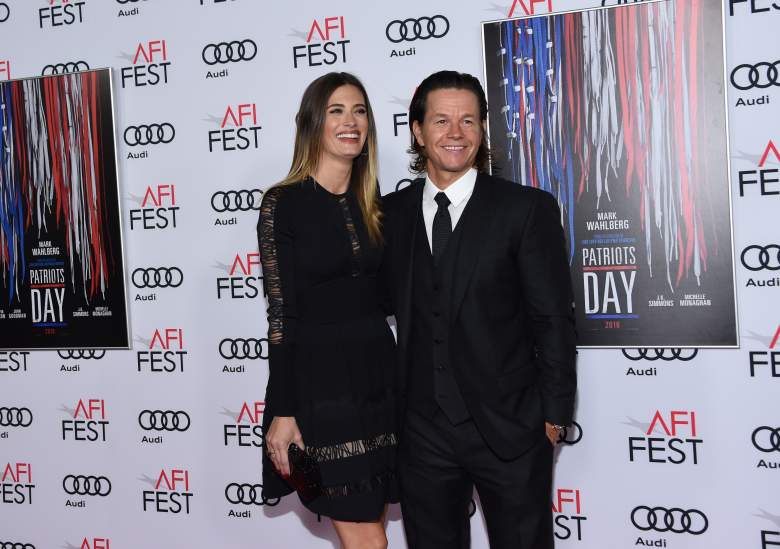 Bill and Denise Richard, the parents of Martin Richard, the 8-year-old Dorchester boy who was one of the three victims, requested that they not be depicted in the film. The Boston Globe reports that Richard was supposed to be a major part of the script, so the writers had to rework it without his death depicted.

Wahlberg told the Globe that the parents weren’t happy with Sherman and Wedge’s Boston Strong book. Wahlberg said that Patriots Day isn’t directly based on that book, but the producers followed their requests.

“Bill didn’t want anyone portraying himself or his wife or his children [in the movie], and we said, ‘Of course. We completely understand,’” Wahlberg told the Globe.

The film still refers to the death of a young boy at the Marathon finish line on Boylston Street, but the boy is not identified.

4. J.K. Simmons & John Goodman Both Play Real-Life People, Who Enjoyed Seeing Themselves on the Big Screen 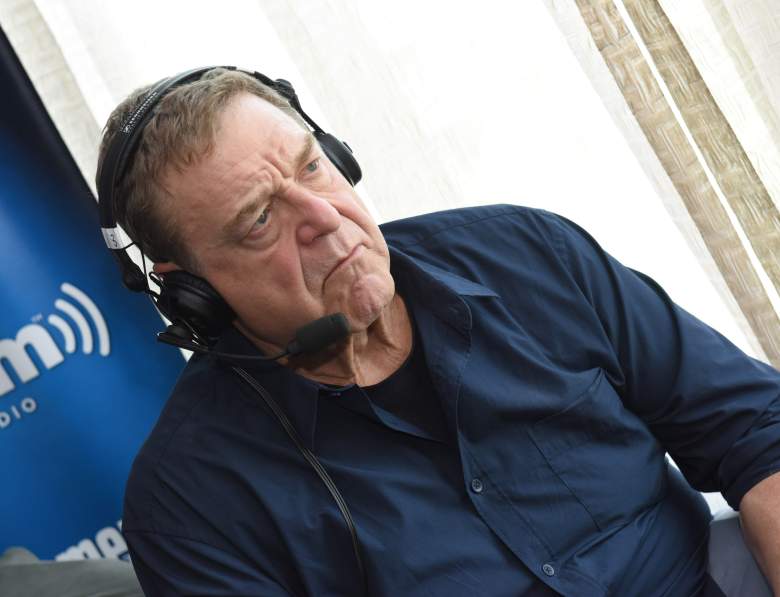 While Wahlberg’s role is a composite, John Goodman and J.K. Simmons‘ parts are both real people. Goodman stars as Ed Davis, who was the Boston Police Commissioner at the time. Simmons stars as Jeffrey Pugliese, a police sergeant from Watertown, the town where Tsarnaev was found.

“I was very happy with how he portrayed my character. . . . They really did get an enormous amount of detail,” Davis told the Boston Globe of Goodman’s performance. “It’s really well done.”

Pugliese told the Globe that seeing the movie was “very surreal” and said he was glad Simmons was picked to play him. He was also impressed with Berg’s attention to detail. Hr also recalled one time where Simmons refused to let a stunt double do an action scene.

5. Jake Gyllenhaal Is Working on a Boston Marathon Movie, Too, Centering on Victim Jeff Bauman 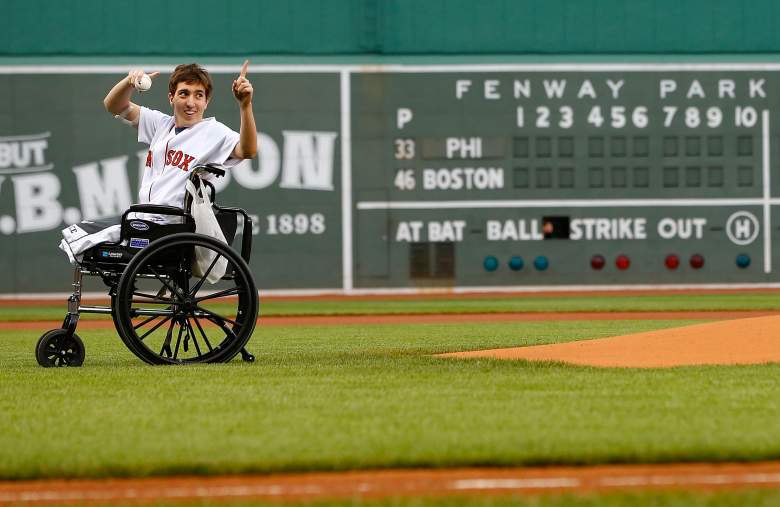 Jeff Bauman, who lost both legs in the 2013 Boston Marathon Bombing, is the subject of Stronger with Jake Gyllenhaal. (Getty)

Don’t think that Patriots Day is the last time we’ll see a movie with the 2013 Boston Marathon bombing at its center. While Patriots Day is about the act and the search for the terrorists, Jake Gyylenhaal is working on Stronger, a film specifically about one victim’s road to recovery.

In Stronger, Gyllenhaal plays Jeff Bauman, who wrote a book about surviving the bombing and overcoming the loss of both legs. David Gordon Green (Pineapple Express, Our Brand Is Crisis) is directing with a script by John Pollono (This Is Us, Mob City).

20th Century Fox is also developing Boston Strong, which was slated to star Casey Affleck at one point. However, that project was stalled after director Daniel Espinosa (Safe House, Child 44) followed Affleck out the door.