circa 1953: Hollywood film actress Zsa Zsa Gabor. Zsa Zsa is probably most famous for her marriages, her jewellery and her lifestyle and she has always courted publicity of any kind. (Getty)

In her final years, Zsa Zsa Gabor was essentially bedridden, but her cause of death is a heart attack.

Gabor – known for flaunting her celebrity and wealth, as sort of a precursor to the Kim Kardashian phenomenon – died at the age of 99 on December 18. In two more months, she would have hit 100, as she was born on February 6 in 1917 in Budapest, Hungary.

In addition to a heart attack, TMZ said coronary artery disease and cerebral vascular disease were listed on Gabor’s death certification as contributing to her death.

TMZ broke the news of Gabor’s death and the cause of her passing as well. According to TMZ, Gabor died after suffering from a heart attack. Daily Variety said Gabor had a 60-year career that “paved the way for today’s celebrity-obsessed culture.” She had a number of acting credits but was better known for her glamour and playing herself, with her signature accent, Daily Variety said.

Gabor had not been well for some time. Gabor was too sick to venture out of her bedroom for her own birthday parties, which were thrown by her husband, in recent years, TMZ said. She was preceded in death by her also famous sister, Eva Gabor, whom she had followed to Hollywood, and who died in 1995, The Hollywood Reporter said.

1952: Zsa Zsa Gabor (1919 – ) the Hollywood star and film actress and most famous of the Gabor sisters. Born in Hungary they all went to the USA to start their careers in films. Zsa Zsa is probably most famous for her marriages, her jewellery and her lifestyle and she has always courted publicity of any kind. (Getty)

She died at her home, said The Hollywood Reporter. Gabor was married nine times but only had one child, a daughter, Francesca Hilton. A Hungarian beauty, she was known for calling people “dahling” or “dahlink.” She was married to Frederic Prinz Von Anhalt, whom she married in 1986, when she died. He has survived her.

According to Daily Variety, she suffered from a variety of health ailments in recent years, including breaking a hip, being confined to a wheelchair after a car accident, suffering a stroke, and having her leg partially amputated.

Her birth name was Sari; She was born in Hungary and named Miss Hungary in 1936, following her sister, Eva, to Hollywood, according to Daily Variety.

Gabor was known both for her colorful quotes and jewel-drenched celebrity lifestyle, including her family dramas and many marriages. 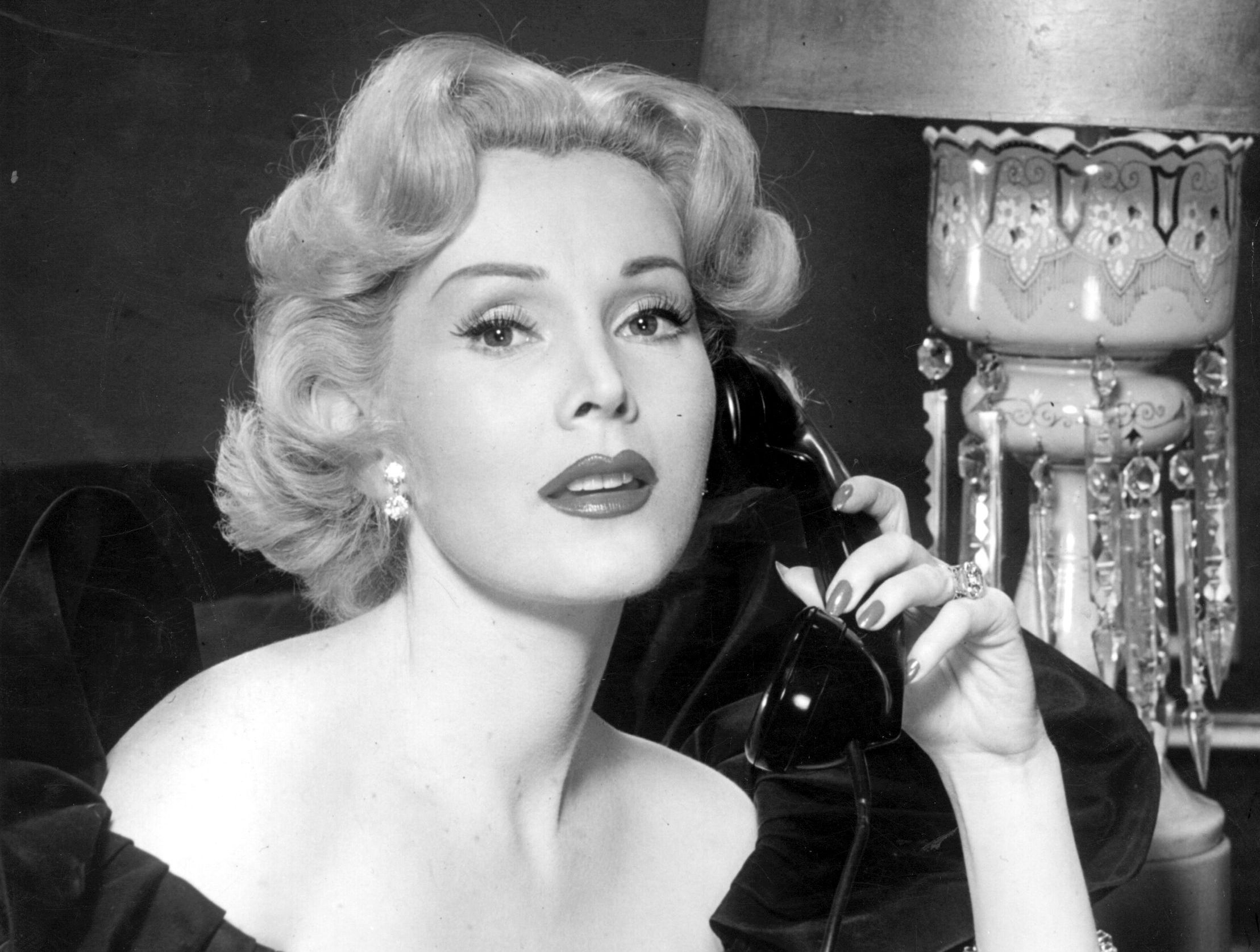