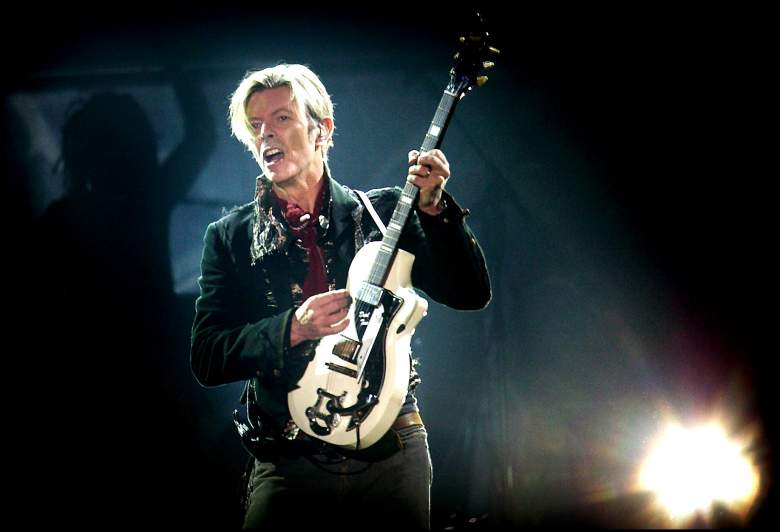 January 10th, 2017 marks the first anniversary of the death of one of the most influential artists of all time, David Bowie. The ever-changing Bowie broke down the walls of what rock n roll could be and fused experimental art, jazz, and dance. His music and persona were ever-changing, but his sound was as close to signature Bowie as possible.

His impact has been felt in every nook and cranny of popular music, from his alien coming out on Space Oddity and Ziggy Stardust, the plastic soul of Young Americans, the experimental arc of Low, Heroes, and Lodger, and the pop and new wave of Let’s Dance. Bowie made millions, amassing a staggering net worth of $100 million when he died.

But It’s his 25th record, and final album Blackstar, released in its entirety three days prior to his death, that has gone beyond the net worth and fame. Blackstar is even receiving praise posthumously scoring multiple nominations at the 2017 Brit Awards including “British Album of the Year.” Blackstar is the album that he has come to be most remembered for and may be the most important album of his long and storied career.

1. Blackstar Was Recorded While Bowie Was Battling Liver Cancer 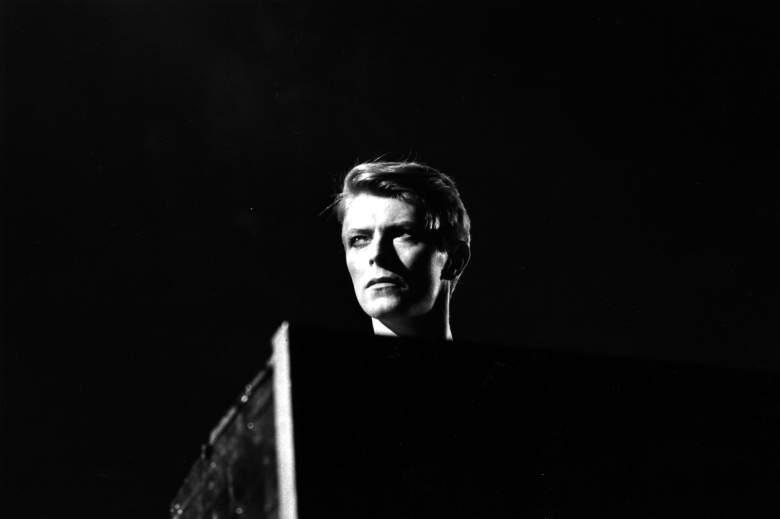 Bowie began recording Blackstar in January, 2015 after six months of battling cancer. He recorded the album with Donny McCaslin and his New York jazz combo. They recorded the album in one-week chunks from January through March of 2016 with sessions typically running from 11 PM through 4 AM. The band was encouraged to experiment and take risks during the entire process with open collaboration between the band and Bowie.

The jazz musicians all went on record saying how engaged Bowie was during the whole process. He sang with passion, and with zest, not like a man that was undergoing any sort of chemotherapy. Longtime producer and collaborator Tony Visconti said that Bowie’s “energy was incredible for a man who had cancer, he never showed any fear.” Bowie was even making plans to go back into the studio in early 2016. 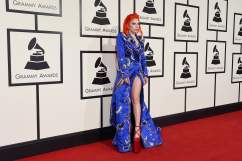 2. Blackstar Was David Bowie’s First, and Only, Billboard #1 Album 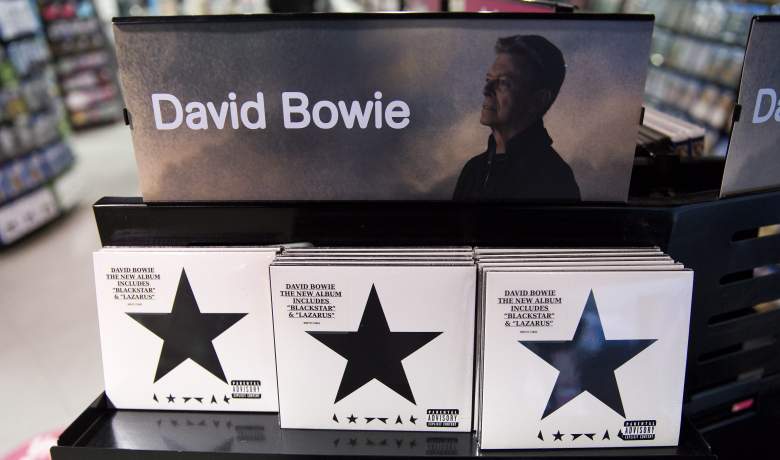 There are certainly two ways to look at the critical and commercial reception for the Blackstar album, but before and after his death many critics agreed that it was some of Bowie’s finest work. Rolling Stone, Pitchfork, and Exclaim! all gave the record more than favorable reviews, and touted the 69-year-olds’ ability to go against the mainstream and remain relevant many years after his initial success.

Blackstar also garnered Bowie’s first ever number #1 album in the US, and tenth #1 in the UK. The record held the top spot in the UK for three weeks until it was dethroned by The Bowie compilation, Best of Bowie, which was the first ever album to go to #1 in the UK because of streaming. The album also peaked at #1 in 28 other countries. Blackstar also garnered Bowie three 2017 Grammy Award nominations including Rock Album of the Year. 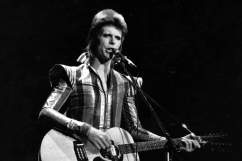 3. Blackstar Has an Overall Theme of Death and Dying, and Has Hidden Messages in the Music as well as the Album Packaging 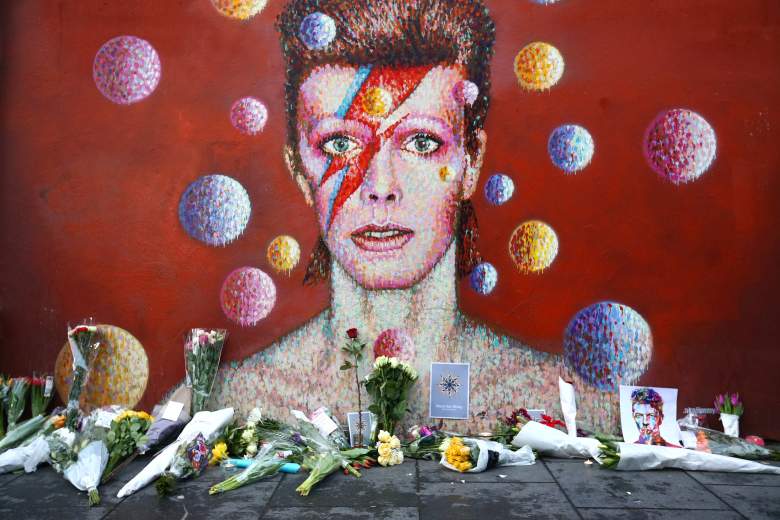 Tributes and flowers were laid beneath a mural of Bowie in London, England (Getty)

The album was recorded with Bowie battling liver cancer and is rife with tropes of death and finality. There are the obvious Biblical thread lines with the track “Lazarus” and the accompanying video showcasing a dying man in bed, but the record packaging itself has provided multiple secrets hidden within as well.

The Blackstar vinyl packaging reveals, under certain lighting conditions, a stark image of a galaxy. There are also differing “Blackstars” that adorn the cover of the record. Album package designer, Jonathan Barnbrook, goes on to give each individual star meaning speaking to BBC Radio 6 in 2016: “For instance there is the rosette which looks a little bit like a price ticket”, and the guiding star, “the idea of a person who you follow in your life or the idea of something spiritual which music gives you.” Barnbrook gives up the ghost as well revealing there are a large symbolic gestures that have yet to be discovered within the music and the packaging itself. 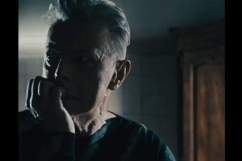 4. David Bowie Was Inspired by Kendrick Lamar’s To Pimp a Butterfly 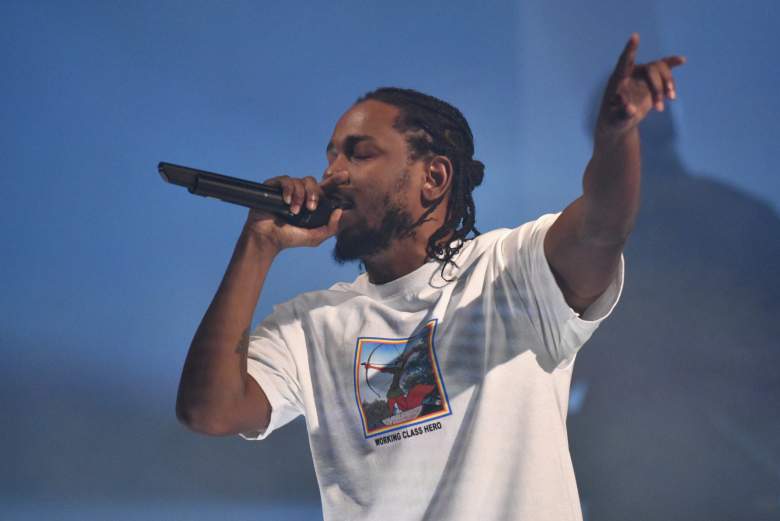 Bowie inspired generations of musicians, artists, and actors with a sound that spanned all genres of music to form its own Bowie-centric signature sound. Bowie touched on jazz, rock, soul, and experimental music throughout his career. He wanted to push rock to a new place and did so in fine style. During the recording of Blackstar, it was said he was inspired by the jazz-infused hip-hop beats of Kendrick Lamar, and the soul crushing R&B of D’Angelo.

Bowie worked alongside the Danny McCaslin and select New York jazz musicians with assistance from LCD Soundsystem’s James Murphy to concoct the skittish beats that adorn the record. In many ways Bowie transcended music and inspired multiple phenomenons including fashion, movies, and in some instances, musical instruments. 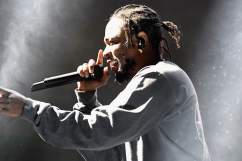 Kendrick Lamar Net Worth 2016: 5 Fast Facts You Need to Know

5. Bowie Was One of the Richest Musicians in the World When He Passed Away 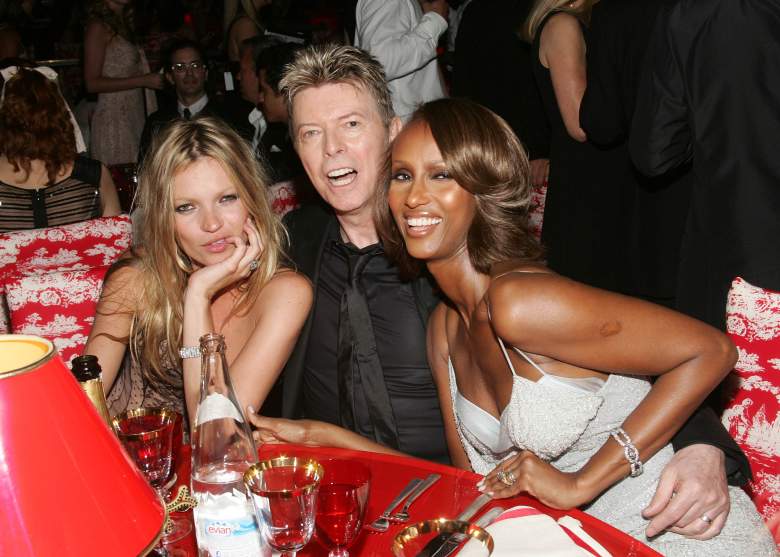 David Bowie having a good time with wife, Iman, and Kate Moss (Getty)

Blackstar was Bowie’s first #1 Billboard record, but that didn’t mean that he wasn’t well-off. His career spanned five decades, 28 albums, numerous movies and large-scale tours. After a heart attack in 2004, Bowie spent the last ten years of his life spending time with wife Iman, taking care of his daughter Alexandria, and watching his son, Duncan Jones, become a sought after Hollywood director. He passed away with a net worth of $100 million dollars.

Bowie was very smart with his money and he even has a financial term named after him. The Bowie Bond, officially the Pullman Bond, is an asset-backed security which uses the current and future revenue of albums recorded by Bowie as collateral. Bowie was one of the first recording artists to leverage their intellectual property to make money. The bonds were sold privately to Prudential Insurance Company of America for $55 million.