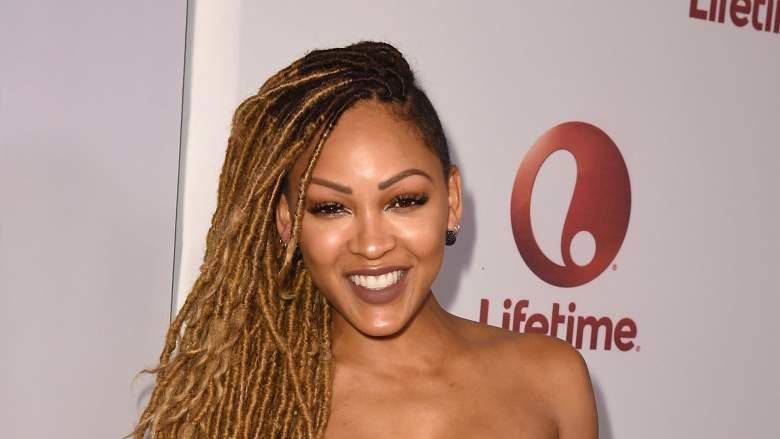 Meagan Good stars in Love By The 10th Date. (Getty)

Lifetime‘s newest made-for-TV movie is Love By The 10th Date, a romantic comedy starring Meagan Good, Kelly Rowland and Brandon T. Jackson. The film debuts at 8 p.m. ET on Saturday, January 28. Read on for a preview and to find out other times it airs.

Love by the 10th Date: Official Trailer | LifetimeIn the constantly evolving and boundless world of dating, Gabby (Good) wants to know "How to make it last…" while balance dating adventures alongside her career ambitions at an upscale digital magazine in Los Angeles. Inspired a relationship advice column at work, Gabby and her friend Nell embark on their own journeys towards the elusive…2017-01-11T20:00:07.000Z

In Love By The 10th Date, four friends (Kelly Rowland, Meagan Good, Kellee Stewart and Keri Hilson) all work at a digital magazine in Los Angeles and try to balance their private and professional lives. After reading an advice column that appeared in the magazine, Gabby (Good) and Nell (Stewart) each try to reach 10 dates with potential boyfriends.

Billie (Hilson) is struggling in her marriage and Margot (Rowland) can’t believe she’s attracted to a controversial reggae musician she’s supposed to interview.

Love By The 10th Date was written and directed by Atlanta native Nzingha Stewart. She also directed 2015’s With This Ring and has helmed episodes of The Game, Pretty Little Liars, Major Crimes and UnREAL.

After the first airing of the movie, Lifetime will air 10th Date: Girls Night In, a one-hour special with the cast, at 10 p.m. ET.

PLOT: “Love By The 10th Date follows Gabby (Good), Nell (Stewart), Billie (Hilson) and Margot (Rowland) who balance their dating adventures alongside their career ambitions at an upscale digital magazine in Los Angeles, under the watchful eye of their editor, Maureen (Deeley). Inspired by the site’s relationship advice column to find the one, Gabby and Nell embark on their own journeys towards the elusive 10th date, the dating world’s Holy Grail when it comes to commitment. Meanwhile, Billie finds herself at a major crossroads in her marriage and Margot unsuccessfully tries to fight her growing attraction to a famously controversial reggae musician she is assigned to interview. As the ladies navigate the ups and downs of modern dating, romance, exes and friendships, they learn what they really want out of life and love. Jackson stars as Dante, a creative director at the site and Bowyer-Chapman is Freddy, Nell’s bisexual boyfriend.”

Read More
Lifetime, TV
Lifetime's latest movie, Love By The 10th Date with Meagan Good, debuts on January 28. Find out when the movie starts and other times it airs.