Now that 24: Legacy is premiering, fans are finally getting an idea of what the 24 franchise will look like without Jack Bauer. To some fans, it may feel like a tough switch. Others are welcoming the change, but hoping that Jack Bauer returns for a cameo. At the end of this story, take our poll to let us know if you prefer Jack Bauer or Eric Carter, once you’ve watched the premiere.

It may take awhile for fans to warm up to Eric Carter. Jack has years and years of badassery, great lines, and world-saving-moments that have given him a “Hall of Fame” ranking among TV characters. For Eric Carter to catch up, it could be a long ride.

In this series, which is 12 episodes long, Eric Carter (played by Corey Hawkins) is an an ex-Army Ranger. He’s returned to the United States, and trouble isn’t far behind. He has to ask the Counter Terrorist Unit to help save his life, and he may be playing a role in stoping a huge terrorist attack on American soil.

This isn’t a reboot: it takes place within the 24 universe. In fact, it takes place three years after 24: Live Another Day. So there would certainly be room for Jack Bauer to make an appearance sometime.

Take our poll below and let us know which character you prefer so far.

Now that you’ve taken the poll, let us know in the comments what you think about Eric Carter. Do you think that over time, he might grow to be just as popular as Jack Bauer? 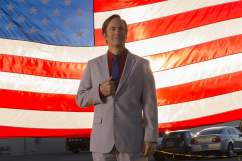 When Does ‘Better Call Saul’ Return for Season 3?

Read More
24 Legacy, FOX, TV
Who do you prefer: Jack Bauer or Eric Carter? After you watch 24: Legacy, take our poll and let us know.