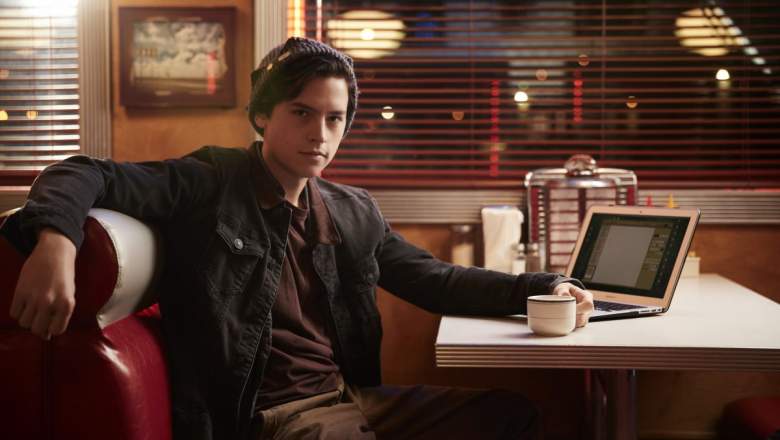 Cole Sprouse might have the most interesting part on The CW’s Riverdale, a reimagining of the classic Archie Comics characters. While everything was bright and happy in the 75-year-old world of Archie Andrews in the comics, things are much darker in the CW show. At least Sprouse gets to wear a modern interpretation of Jughead’s iconic whoopee cap.

Sprouse’s Judghead is very different from the comics character, who is more interested in eating food and avoiding romance than anything else. In Riverdale, Archie’s best friend is a writer and he’s hoping to get to the bottom of Jason Blossom’s murder.

The 24-year-old Sprouse is best known for playing Cody Martin on Disney Channel shows. Along with his twin brother Dylan, he starred in The Suite Life of Zack and Cody, The Suite Life Movie and The Suite Life on Deck between 2005 and 2011. When they were just eight months old, they started playing Patrick Kelly on ABC’s Grace Under Fire and later starred with Adam Sandler in 1999’s Big Daddy.

Here’s a look at Sprouse’s recent interests and his thoughts on Jughead.

1. Sprouse Is a Fantastic Photographer With 3 Different Instagram Accounts 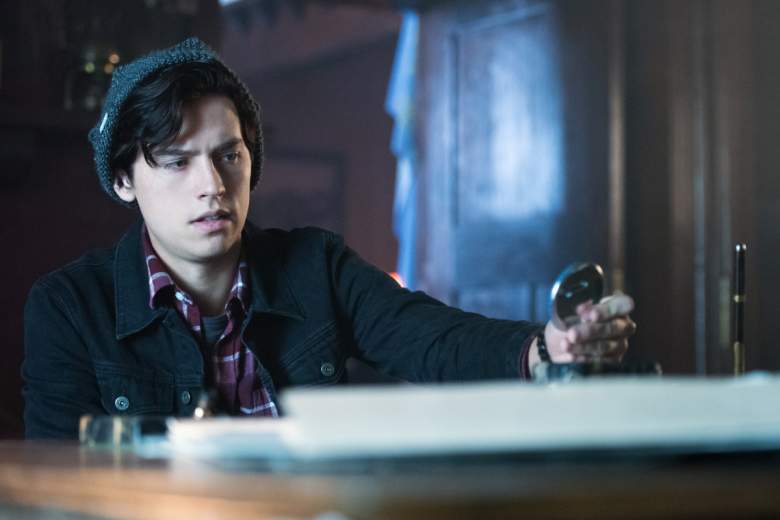 One Instagram account isn’t enough for Sprouse. The actor, who took a break from acting as he and his brother went to college, has three different accounts for his fans to follow. One of them is @ColeSprouse, where he shares his beautiful photography. He shows off his drawing skills at @sprousemasterworks, although he hasn’t used that account recently.

“This account is not funny at all and is, in fact, very sad. No but really. It’s my hope that these pictures will bring the same emotional responses as my other accounts,” Sprouse wrote in the caption for the first photo he posted on @colesprouse.

“Not but 30 seconds after arriving on the plane, a quick glance to my right revealed this seafoam sapiens breathing heavily and scrambling for her phone,” he wrote. “Little lady must’ve thought, just because her phone matched her shirt, that I wouldn’t detect her desperate photos. Firstly, my vision is based on fear, and I saw you right away. Second, nay.”

Sadly, he hasn’t used that account in over a year, but he’s still taking pictures. As The Last Magazine notes, he’s worked for Conde Nast Traveler and Teen Vogue recently. He loves travel photography.

“Travel photography is difficult in that you’re very reliant upon the place you’re going to be a sort of beautiful that can sell,” he told The Last Magazine.

2. Jughead’s Asexuality in the Comics Will Possibly Be Included in ‘Riverdale’ 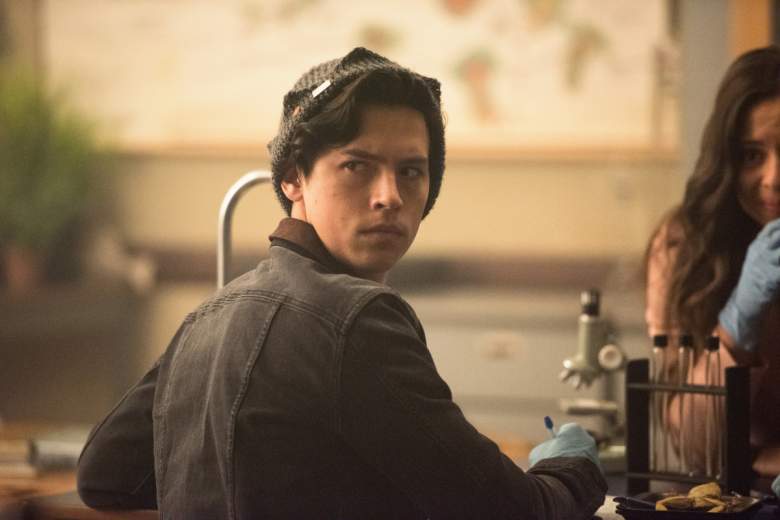 Back in February 2016, Chip Zdarsky and Erica Henderson made Jughead asexual, meaning that he is not sexually attracted to other people. At first, fans were disappointed to learn that Jughead wouldn’t be asexual at the start of Riverdale.

In an interview with HollywoodLife, Sprouse said that he fought to keep the character asexual.

“Jughead will have romances with women . . . and burgers,” the actor said. “I come from an educational environment that really praises, as do I, the forms of representation that are otherwise lacking in our public media. But at the end of the day, I still had to do my job.”

He also told the site that he will still be “fighting for this pretty heavily.”

Later, showrunner Roberto Aguirre-Sacasa told MTV News that Judghead and the other characters are still figuring out their sexual identities.

“Cole and I have talked about it a ton,” Aguirre-Sacasa told MTV News. “The way we’re treating Riverdale, especially Season 1, is it’s an origin story. So I think all of the kids are discovering themselves, and a big part of that is discovering their sexuality, their sexual selves. Rather than have everything fully formed — for instance, we’re not going to start with Archie’s band or Jughead’s asexuality or any of the things that have become canon — those are all stops on the way to the journey until the show catches up to 75 years of Archie history.” 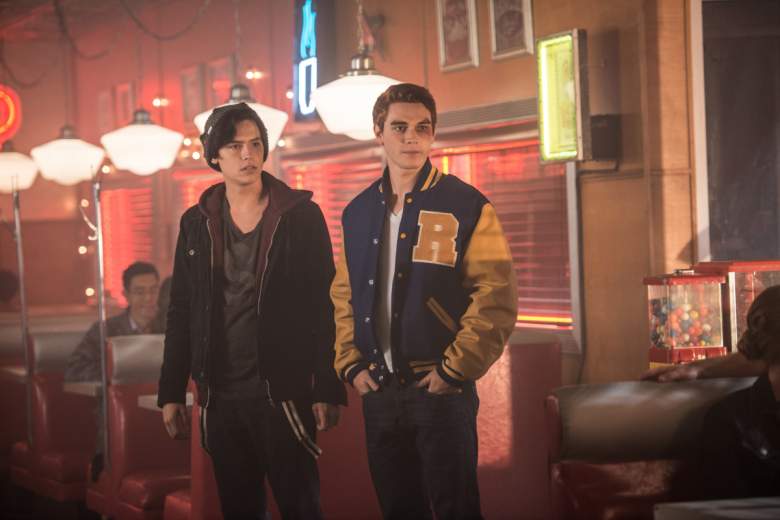 Sprouse said he understood the new tone Riverdale was going for by the time his audition process was over. Surprisingly, a binge of Twilight Zone episodes helped him understand hoe different this would be from past incarnations of Archie.

“I walked in and, at first, you’re like, ‘Okay, so how much of this ‘Goll-ee, Arch!” stuff is this gonna be? When I asked Roberto if I could read it like Rod Serling, he was like, ‘Uh, yeah, of course,'” Sprouse told Vulture. “I got a good idea of where we stood then. But when we shot the pilot, I really knew where we stood, in terms of the film noir elements and the darker tone. That’s when I knew this was a show I was really excited to do. Because I had just come off a Disney background.”

Sprouse agreed that the stuff he did for Disney was closer to the original Archie tone than Riverdale.

4. Sprouse, Who Used to Work at a Comic Book Store, Points Out That ‘Archie’ Has Already Been Moving in a Modern Direction Before ‘Riverdale’ 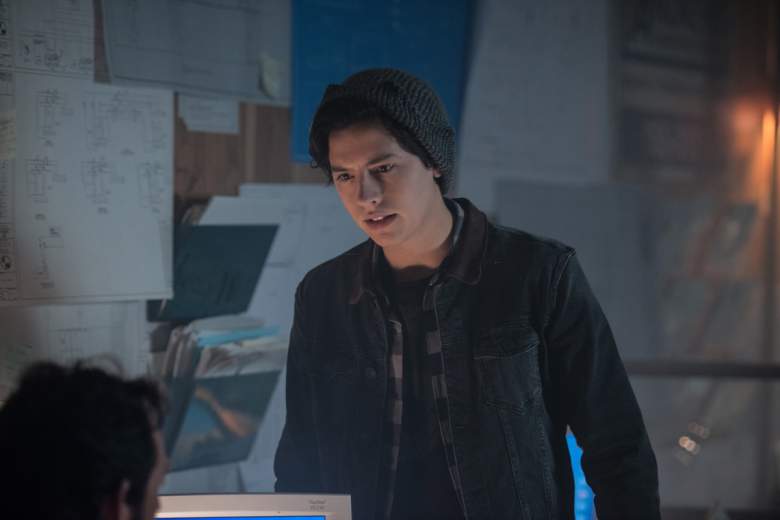 Archie Comics readers probably weren’t totally shocked when the idea of Riverdale was announced because the comics had started moving in a darker, more serious tone. After all, Archie died in 2014 and famously fought zombies in Afterlife With Archie.

Although Sprouse has a background with comic books, he didn’t realize that there was room for a Riverdale-type series until he discovered these books. As he explained to The Last Magazine:

When I first heard the abstract, it kind of put a sour taste in my mouth. I come from a comic background — I worked at a comic shop — and when you hear about a dark and gritty take on an otherwise beloved franchise, that’s all the wrong buzzwords for the right project. Nothing really dubious happens in the original Archie Digests, but as I started to do more research, I realized the universe of Archie is really wide open. The Punisher comes to Archie, Archie dies when he gets shot trying to protect his friend, and in the new comics, zombies come to Archie. So it seemed like the road had been paved for a while for something like this. My knowledge now is that the Archie universe is wide enough for something like this to take place.

5. He Thinks Jughead Is a ‘Pretty Trustworthy Character,’ Which Is Important for the Narrator 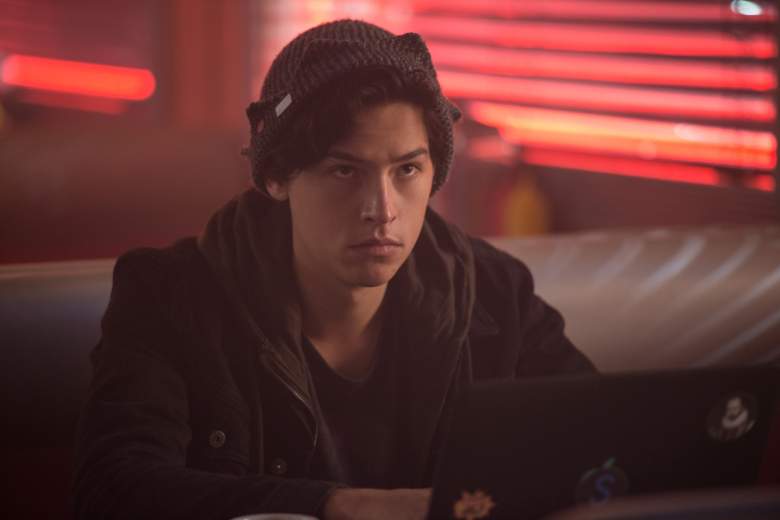 Jughead, who is also writing a novel about the Jason Blossom murder, is the narrator for Riverdale. Therefore, we see most of the action through his perspective.

“I think Jughead is a pretty trustworthy character – not only a narrator,” Sprouse told Teen Vogue. “I think he might be selfish but he’s obviously selfish, and that is comforting to me. I also think he has a really strong moral fiber and a propensity for good, and he tries to cultivate that in other people. I think that’s going to come across, even with his narration.”

In that same interview with Teen Vogue, Sprouse stressed that season one is an origin story, so the character is just learning his sexuality and his asexuality will eventually be revealed. “Because of the fluidity of sexuality and how oftentimes a person discovers who they are after a series of events – like those told in our origin stories – this is an ongoing conversation,” he said.

When asked why Jughead was picked to narrate the show, Sprouse told Vulture that he’s more objective than everyone else in Riverdale.

“He is now, especially within this universe, a character that fits on the outside of his society, and I think that gives him an interesting perspective on the inner workings of it,” he told Vulture. “It gives him the perfect point of view to say, ‘This person’s crazy, this person’s not crazy.'”