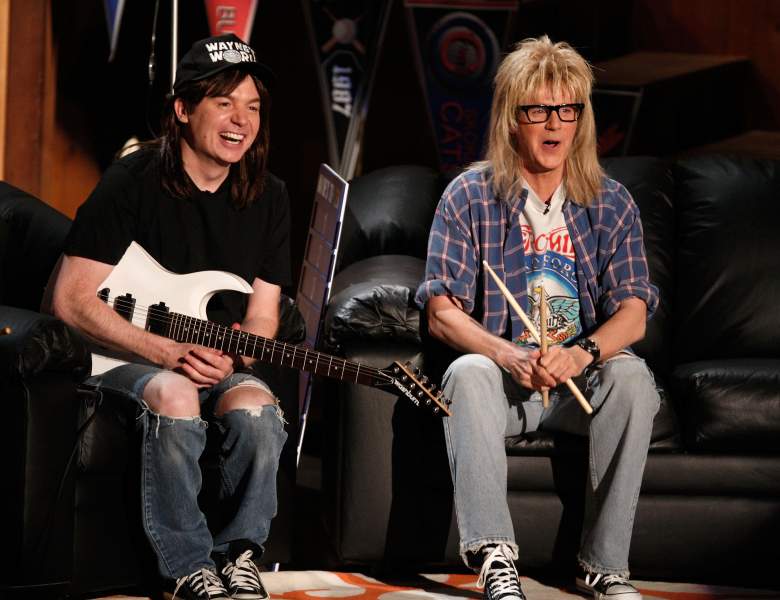 Wayne’s World turns 25 today. The SNL skit turned cultural phenomenon has entered the everyday language of society with quips including…. “Schwing”, “That’s what she said,” and the awesome Alice Cooper backstage scene, “We’re Not worthy, we’re not worthy.”

The movie celebrated Queen after Freddie Mercury’s death, pushed Led Zeppelin to transcendence, and provided two guys in a basement in Aurora, Illinois the chance to discuss relevant hot button issues including “Top 10 Reasons Why Communism Fell,” and Top 10 Things We Love About Bill Clinton” with tongue in cheek.

Wayne’s World also utilized great music throughout the movie, some of which the movie itself made iconic and can never be separated from its corresponding scene.

We want to celebrate all that is Wayne and Garth and their Aurora basement on its 25th anniversary. The movie will be back in theaters for two days only, and to celebrate here are 5 songs that matter from the movie Wayne’s World.

In 1992, Alice Cooper was on the comeback trail with his shock rock persona intact, the release of the album Trash “Feed My Frankenstein” was showcased as Wayne and Garth received backstage passes to hang with Alice Cooper. One of the best scenes in the movie is when Cooper begins giving a history lesson about the city of Milwaukee, WI prompting thee “We’re not worthy, we’re not worthy” scene. 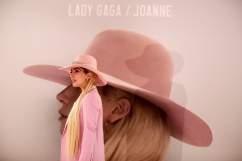 “Dream Weaver” was a hit for singer/songwriter Gary Wright in 1975. The song climbed to #2 on the Billboard Charts. However, it appeared in Wayne’s World whenever Wayne looks at Cassandra multiple times in the movie. The song regained its popularity and is forever stamped with the scenes from the movie.

Okeechobee Music and Arts Festival: 5 Bands You Need to See

Sweet released the original version of “Ballroom Blitz” in 1973 reaching number five on the US Billboard Hot 100 Chart in the US. For the movie Tia Carrere does the actual vocals in the song.

“Foxy Lady” was released in 1967 on the band’s debut album Are You Experienced, and is one of Hendrix’s best known songs. Garth performs a riveting dance to the song in a movie dream sequence when he sees the girl of his dreams.

Read More
Alice Cooper, Celebrities, Dana Carvey, Mike Myers
Wayne's World is an epic film with an epic soundtrack, and more moments fueled by music than most cult films. Wayne's World is celebrating the 25th anniversary of its release with a two-day special screening of the movie in theaters on February 8th.