Bravolebrity Andy Cohen loves to dish about the personal lives of pop culture icons and the stars of his network’s reality stars, but he’s remained tight-lipped about his budding romance with Clifton Dassuncao, a man 20 years his junior.

In his three books — Most Talkative: Stories from the front lines of pop culture, The Andy Cohen Diaries: A Deep Look at a Shallow Year, and the most recent, Superficial: More Adventures from the Andy Cohen Diaries, the 48-year-old Cohen isn’t shy about discussing hook ups and men he’s dated, though he rarely names names and until now has famously played the field. He did mention Dassuncao in his latest book, though not by name by rather referring to him as the “Brazilian Andy Samberg.”

It appears Cohen may have finally been struck by Cupid’s arrow.

1. Cohen & Dassuncao Have Been Dating for 2 Years

The Daily Mail reports that the May-December romance between Dassuncao, 28, and Cohen, began with a meeting on the opening night of Cohen and pal Anderson Cooper’s AC2 Tour in March 2015.

In their show, Cohen and Cooper, CNN’s award-winning anchor and correspondent, interview each other and take audience questions about pop culture and world events. Their first show was in March 2015 in Boston, where Dassuncao was in college.

Since then, the pair have been spotted globe-trotting with lots of Cohen’s famous friends including Cooper, Live with Kelly’s Kelly Ripa and her husband, Mark Consuelos, Bruce Bozzi, owner of famed New York City steakhouse The Palm and wealthy media executive Barry Diller and his fashion-designer wife, Diane von Fürstenberg,

There’s more than meets the eye with the chiseled, olive-skinned Dassuncao. A Brazilian raised in Queens, N.Y., he earned a bachelor’s degree from the prestigious Massachusetts Institute of Technology in 2009 with a major in environmental engineering and a minor in mathematics, according to his LinkedIn profile.

After graduation, Dassuncao remained in Cambridge, Mass. to attend Harvard’s T.H. Chan School of Public Health. He received a Master of Science degree in environmental health in 2013 and a doctor of science degree in 2016, with a specialty in exposure, epidemiology and risk. His skill set, the Linkedin profile states, includes data analysis, statistics and research.

During his senior year at MIT, Dassuncao worked as a research assistant at the university’s Sea Grant, a network of programs funded by the U.S. Department of Commerce’s National Oceanic and Atmospheric Administration that works to “promote the conservation and sustainable development of marine resources through research, education, and outreach.”

During grad school he interned at the Centers for Disease Control and Prevention in Atlanta and then in 2012-2013 as a biological science technician at U.S. Geological Survey. He’s been a researcher at Harvard from 2011 to present.

3. He Attended an Elite NYC High School Before Heading to MIT & Harvard 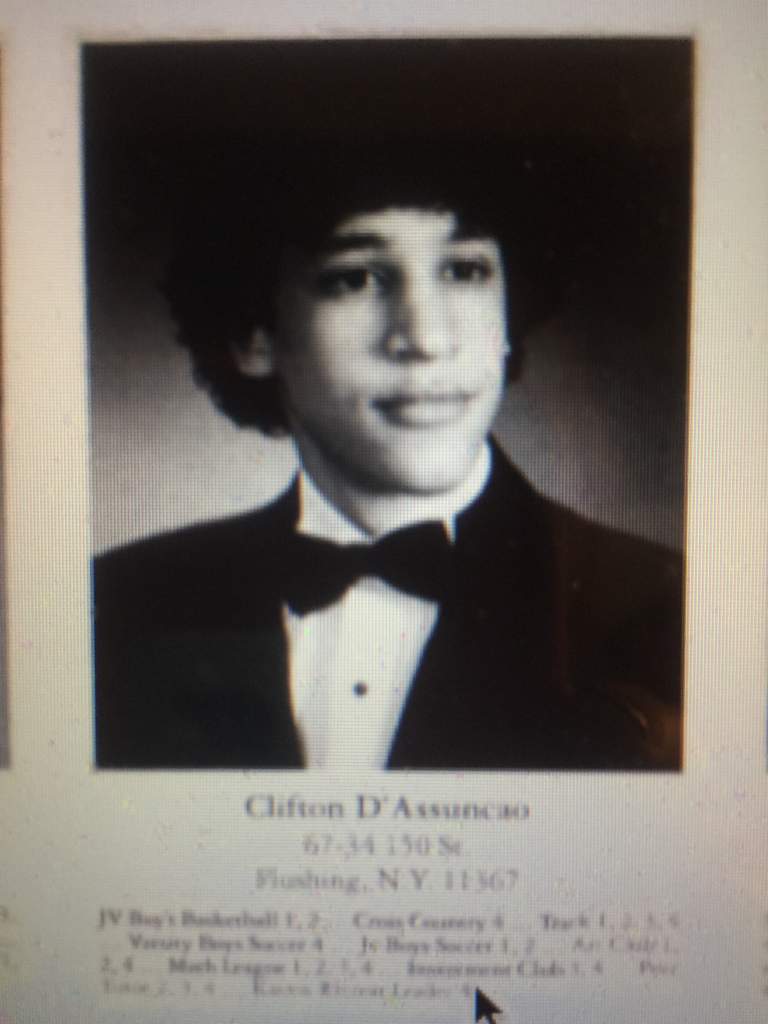 Though he lived in Flushing, a working-class neighborhood located in the New York City borough of Queens, Dassuncao attended the prestigious Loyola School on tony Park Avenue in New York City’s Upper East Side.

As a student there, Dassuncao ran track all four years as well as cross country his senior year. He was a member of the junior varsity basketball squad and played both JV and varsity soccer there, according to his yearbook.

Dassuncao also excelled in extra-curricular activities including Art Club, Math League and Investment Club. He listed himself as a peer tutor beginning his sophomore year and was a retreat leader as well.

Loyola is an independent Jesuit Roman Catholic institution that was originally all boys but became co-ed in 1973. It’s the only co-ed Jesuit college preparatory high school in the tri-state area.

High school tuition runs $37, 590 annually, according to the school’s website, which boasts that typically 100 percent of its students matriculate to universities.

Between 2012 and 2016, Loyola grads went on to attend the creme de la creme of higher education to include all the Ivy Leagues as well as numerous other highly competitive institutions such Georgetown, Vanderbilt, Duke, University of Virginia and the University of Chicago.

According to the Daily Mail, the lovebirds have at least twice been guests of Diller and von Furstenburg on their 305-foot sailing yacht Eos, valued at a reported $150 million.

The pair cruised the Caribbean in December with a group of couples that included Diller and von Furtstenberg, according to the Daily Mail, and the same month the men were spotted frolicking in St. Barts.

Cohen “looked red hot wearing a pair of fire engine-colored swim trunks while taking a dip in the crystal clear waters of the Atlantic Ocean.,” The Daily Mail reported. “Dassuncao opted for simple black swim trunks and wore a straw hat to keep himself shielded from the sun as he stayed on dry land while Cohen went for a swim.”

They’ve also been seen closer to home, sharing an intimate dinner in New York City in November at “the trendy Waverly Inn near Cohen’s apartment in the West Village,” according to the Daily Mail.

A patron in the restaurant reortedly saw Dassuncao gently kiss Cohen’s head while the men “enjoyed some wine and sampled one another’s food during their post-holiday dinner, arriving to the restaurant at 7:15pm and heading out a little over an hour later at around 8:30pm.”

5. Dassuncao Gets a Thumbs Up From Both Cohen’s Beloved Dog & BFF Anderson Cooper

In a 2016 interview with The Daily Dish, Cohen, without naming his beau, said his beagle-foxhound mix Wacha, who Cohen adopted from a West Virginia kill shelter in 2013, immediately took to Dassuncao. Wacha is named for St. Louis Cardinals pitcher Michael Wacha. Cohen hails from St. Louis.

“I met him with Anderson Cooper on the opening night of my tour with Anderson. And Anderson has loved this guy from the moment that I met him. I remember saying to Anderson, like ten months ago, that Wacha really likes this guy and Anderson said ‘Dogs always know. You have to listen to your dog.’”

Read More
5 Fast Facts, Andy Cohen, Celebrities, Reality TV
Little is known about the 28-year-old boyfriend of Bravo's Andy Cohen. The men have been together two years after meeting in Boston.