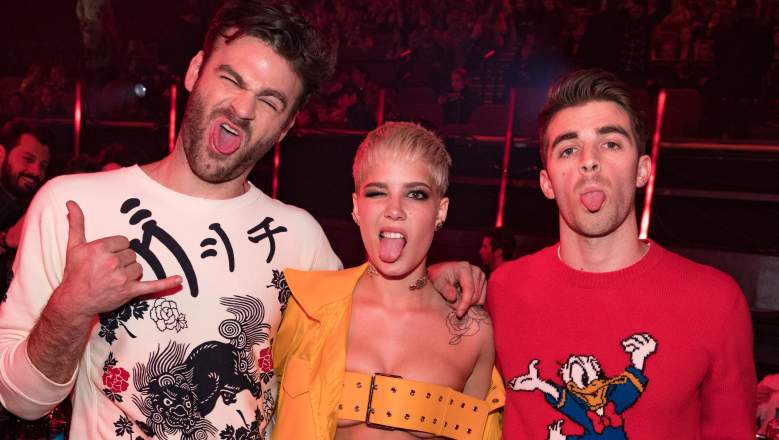 Singer Halsey (C) poses with recording artists Alex Pall (L) and Andrew Taggart (R) of music group The Chainsmokers during the 2017 iHeartRadio Music Awards which broadcast live on Turner’s TBS, TNT, and truTV at The Forum on March 5, 2017 in Inglewood, California. (Getty)

Are Halsey and Andrew Taggart dating? Did they date in the past, and what are their love lives like now?

On the red carpet at Sunday night’s Billboard Music Awards, Andrew Taggert and Alex Pall of the Chainsmokers dished that they both have girlfriends and that their girlfriends run their dogs’ Instagram accounts, debunking recent Halsey/Taggert dating rumors.

I love The Chainsmokers! #BBMAs pic.twitter.com/nZvMmeEtBj

Pall has been in the same relationship for over three years now, and it seems Drew has been with his girlfriend, Haley Rowe, for years as well, despite a brief split last summer.

In September 2016, both band members said they had live-in girlfriends, but when Alex Pall sat down to speak to Mike E & Emma of The Edge 96.ONE (An Australian morning show) later that month, he dished that Drew had just broken up with his girlfriend. Pall told the radio station, “Actually I still have the same girlfriend but Drew just broke up with his girlfriend like two days ago.” According to Hollywood Life, Pall even admitted that Drew and Halsey’s steamy performance on the red carpet may have contributed to the split. He told the radio station:

You know, I’m sure that factored in… I know his girlfriend, I know her really well and I know he really loves her but I think its just a matter of, things are so hectic right now and sometimes you just feel bad about… I think he feels really guilty about the fact that we’re always away and we’re doing crazy things and like there’s certain opportunities and situations that will be coming up that are going to put a strain on is relationship and I think he wanted to free guilt free in the stuff he was doing.

The two must have gotten back together, because Haley has posted many pictures with Drew that suggest the two are very much in love.

Her first picture with Drew was posted to Instagram over two years ago. The snap shows the couple smiling side-by-side, and is captioned with a heart.

Earlier this week, Haley posted another picture with Drew, suggesting the two are most likely still an item. 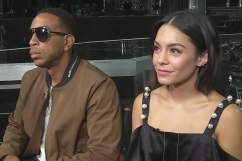 Read More
Halsey, the chainsmokers
Is Halsey dating Andrew Taggart of the Chainsmokers? Get the details here.