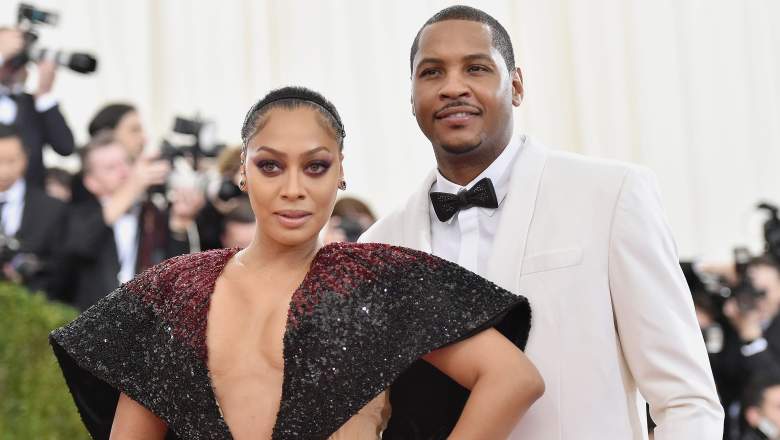 La La Anthony (L) and Carmelo Anthony attend the “Manus x Machina: Fashion In An Age Of Technology” Costume Institute Gala at Metropolitan Museum of Art on May 2, 2016 in New York City. (Getty)

For seven years, Carmelo and La La Anthony have been one of the most famous couples in the industry, but recently, that’s all changed.

News of Carmelo and La La’s separation surfaced just last month, with rumors of infidelity flying, making the split all the more chaotic. Despite the attention, La La has continued to make public appearances, and on May 8, she’ll be hosting VH1’s hour-long special, “Dear Mama: An Event to Honor Moms.”

Read on to learn more about Carmelo and La La Anthony.

1. News of The Couple’s Separation Surfaced in April 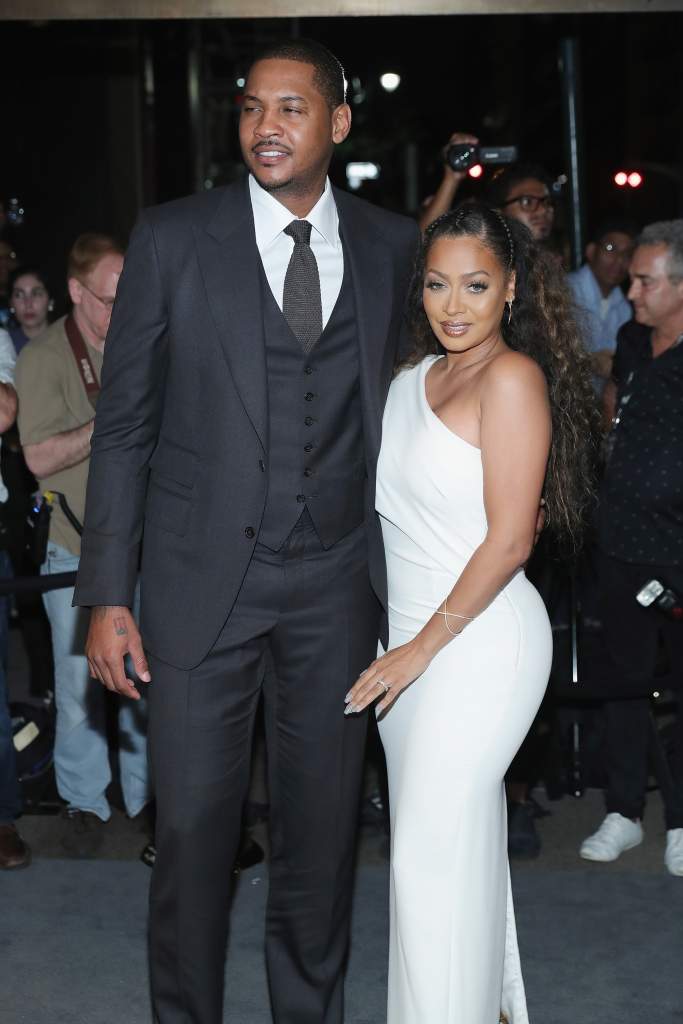 In April, news broke that La La and Carmelo have separated and that she’s already moved out of the family’s home. According to TMZ, the split was amicable, and they were seen together at their son’s basketball game on the weekend of April 14th. Other sources, however, have suggested something far less friendly, hinting that infidelity is the reason behind the break up.

La La has continued to make public appearances despite the unwanted press– she showed up solo at the Met Gala last week– but neither her nor Carmelo have spoken publicly about the situation. On April 18, La La was photographed in New York City at the Tribeca Film Festival without her wedding ring, and an insider has confirmed to E!, “They’re done… At this point, she’s not willing to save their relationship.”

At this time, no divorce papers have been filed.

In an exclusive interview on “The Rickey Smiley Morning Show” in 2014, La La spoke about how she and Carmelo hooked up for the first time. She said DJ Clue was the one behind the match-making. “We hosted an MTV show together and [DJ Clue] was like ‘I want you to meet this guy.’ I thought, ‘He’s a basketball player? There’s no way in life I’d date a basketball player.’ And ten years later, I’m shacked up with the kid and married to a basketball player.”

2. They Have One Child Together 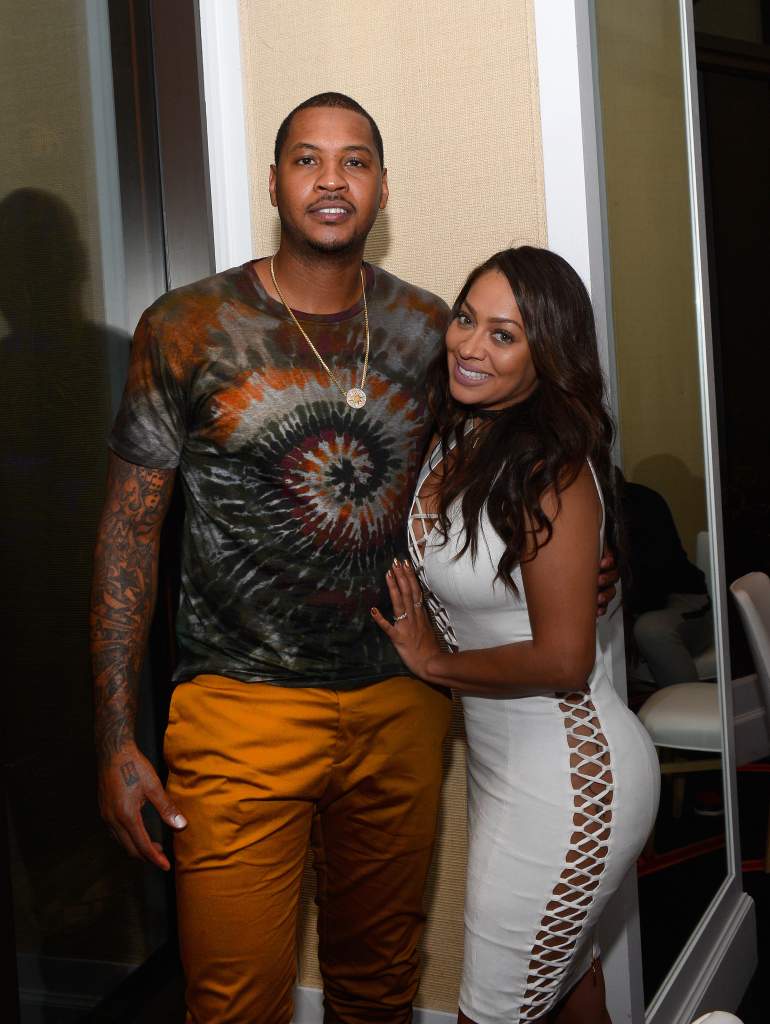 La La has shown Kiyan a lot of love on Instagram lately. Before the taping of Dear Mama, she posted a pic of her son to Instagram with the caption, “He’s the only one who knows what my heart sounds like from the inside ❤️?? #myoneandonly #myeverything #vh1 #dearmama (gold foil in my hair and I loved it?)”.

Carmelo has also had his fair share of adorable moments with his ten-year-old son. Late last year, The Knicks posted an Instagram video of Melo “teaching his son the art of the jab step.”

In 2016, Kiyan made a cameo alongside his father in a commercial for the sneaker brand Jordan. 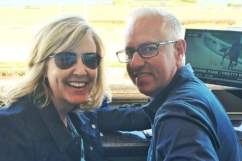 3. The Couple Reportedly Signed a Prenup 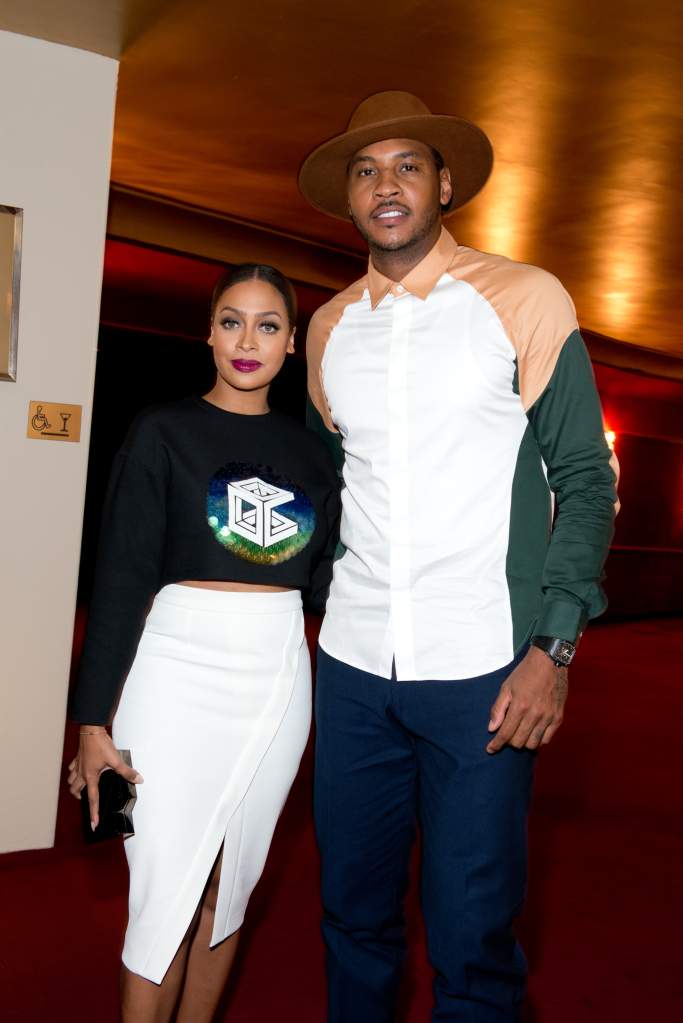 As it stands, the couple is still separated and “neither is talking divorce yet,” reports TMZ. If the separation does, however, lead to divorce, most of the money will land in the hands of Carmelo because of a prenup that was reportedly signed.

Carmelo Anthony isn't letting La La get away that easy. How their marriage may be headed into overtime: https://t.co/MrW21wmDSH pic.twitter.com/LerdkeXwKM

4. Their Wedding Was Filmed as Part Of a Reality Series

Carmelo and La La’s wedding was filmed by VH1 as part of the couple’s reality series La La’s Full Court Life. The celebration was put together by event planer Mindy Weiss, and featured a lot of red (the couple said from day one they wanted a red color scheme.) Speaking to People after the wedding was over, La La gushed, “It was the most amazing night of my life.” The jewelry that accompanied her Vera Wang dress during the wedding cost $250,000, and before the reception, she changed into a Romona Keveza Collection frock.

5. A Woman Has Recently Claimed Carmelo Got Her Pregnant

In April, a woman who works at a gentleman’s club came forward saying she’s 6 and a half months pregnant with Carmelo’s child. Sources allegedly told TMZ that the woman “has made it clear to Melo she expects him to kick in for medical expenses and other baby related costs.” At this time, it has not been confirmed whether or not the child belongs to Carmelo.

These rumors align with what sources say is the reason behind the couple’s split. An insider recently told Hollywood Life, “Carmelo cheated on La La which was the catalyst of many of their troubles.”

This isn’t the first time rumors have surfaced about cheating in the couple’s relationship. In 2015, gossip swirled that La La had cheated on Carmelo with rapper Maino, but La La’s rep told E! that it was “absolutely not true.” 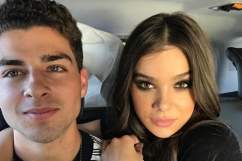