Once Mackenzie Standifer became a part of Teen Mom OG star Ryan Edwards’ life, his relationship with his parents and his child’s mother became a lot more healthy. Edwards’ parents sing her praises and Edwards’ ex Maci Bookout can’t say enough nice things about Standifer. Bookout describes her as cool, kind and a great influence on Edwards. It’s a good thing that Edwards decided to seal the deal and make Standifer his fiancee. On an episode of Teen Mom OG, it looks like viewers will get to see Edwards actually pop the question this season. Standifer recalls the big moment, telling MTV:

I just thought we were going on a date, but he rented out a riverboat and nobody was there. It was just us on a riverboat, on the water, and it was beautiful. We finished dinner, and we were looking at each other. He asked me to stand up, and that’s when asked.

When asking Standifer to marry him, Edwards said:

Mac, will you marry me? … Because you are the most special girl I’ve ever met in my entire life.

What is really sweet is that the couple is planning to marry in the same church that Edwards’ parents got married. Standifer said the church is booked for November 2017. Check out the engagement ring Edwards gave Standifer in the below photo.

When it comes to being there for Edwards’ son Bentley, Standifer is very supportive, as she is a single parent to a little boy as well. Her son’s name is Hudson. In fact, Standifer was previously married to a man named Zachary Stephens, who she was married to for almost three years. The couple married when she was five months pregnant. Radar Online reports that she filed for divorce on July 13, 2016. According to court papers from the Hamilton County Courthouse in Tennessee on Radar, the documents state that:

The divorce was finalized on November 10, 2016 and she was awarded primary custody of son Hudson, along with $503 monthly in child support. Standifer also attained ownership of her 2015 Ford Mustang.

When it comes to how Maci Bookout views Standifer as a potential stepmom, she had some kind words to say to Standifer in a deleted Teen Mom OG scene. Bookout told her:

I am so happy that when [Bentley] is with you, you can be his mother and treat him like your own child. I just want to let you know, I really, really appreciate you. All I ever wanted was for Ryan to find someone that makes him happy and a woman that will treat my son, as their own child because I am not there. So, we are both his mother.

As for how Bookout found out about Edwards’ engagement, it was actually Standifer who told her. Bookout told MTV:

[Mackenzie] called me and told me, and Bentley was going to their house the next day. And she was super excited when she called me. She told me not to tell Bentley because they planned to tell him in person the next day. It was a tough secret to keep because I wanted to be excited with him, but obviously, it wasn’t my place to tell him.

They genuinely care about each other. They have a very healthy relationship. I think she’s very understanding and supportive of him — she’s a really good friend to him, but she also has enough of a ‘I’m not going to put up with your s–t attitude.’ It’s the perfect balance for what Ryan needs in a partner. I like her, so it has to be easier on him.

Maci Bookout previously got engaged to ex and baby daddy Ryan Edwards in 2008. 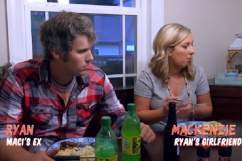 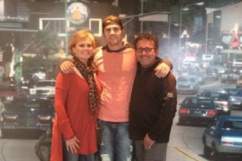