After a week break from the show, Pretty Little Liars returns with episode 7 of the final season 7 and tonight’s show is titled “Driving Miss Crazy”. The official plot description of the episode reads:

With Mona making inroads in the game, Emily reluctantly teams up with her to investigate. Ashley returns to Rosewood to check on Hanna after learning some frightening information and asks Caleb what his intentions are with her daughter. Meanwhile, Spencer’s family reels from A.D.’s latest taunt, leaving Spencer more confused than ever about who to trust. Ezra notices Aria’s change in attitude and fears he may have lost her; and A.D.’s machinations cause Aria to have a terrifying nightmare.

Also on tonight’s episode, one of the Liars is reportedly getting engaged … Perhaps two of them will get engaged – Ali and Emily – since the they are having a baby together. Well, we’re thinking it’s going to be Caleb and Hanna.

As for A.D. and Aria, A.D. is beginning to get more intense when it comes to threatening Aria. Will Aria be locked under A.D.’s thumb forever? And, who will A.D. turn out to be? Actor Brendan Robinson, who plays the role of Lucas, told Refinery 29 that the reveal was a huge shock to him. He explained:

When I found out who it was, I hadn’t read the script yet, because it was a couple weeks in advance and it didn’t make total sense to me at first. And then, when I saw the script and I read it and we all sat down — and the people that are involved in those scenes do a really, really phenomenal job — all the questions are answered and it made sense.

I won’t tell you what specific clues there are but there are hints that have been dropped for a long time. 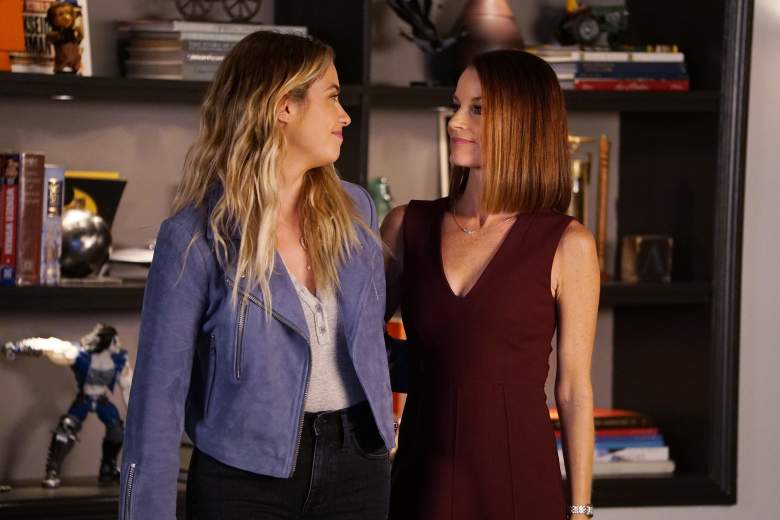 Upcoming show spoilers include descriptions of the next two episodes:

Episode 8 “Choose or Lose” – In the episode “Choose or Lose,” the Rosewood PD turn up the heat on the Liars, causing loved ones to try and close ranks. Aria’s recent collaboration with A.D. comes to the attention of a surprising source. A.D. presents the PLLs with a choice designed to drive a wedge between them. Meanwhile, everyone tries to find a bit of happiness before all hell breaks loose. Toby returns to Rosewood, and Aria makes a horrifying discovery.

Episode 9 “Farewell My Lovely” – In the episode “Farewell My Lovely,” convinced they know who A.D. is, the Liars gear up for a confrontation. Spencer, Hanna, and Caleb team up to investigate and discover new information about Charlotte’s death. Meanwhile, Mary Drake returns with a gift for Spencer and Alison. 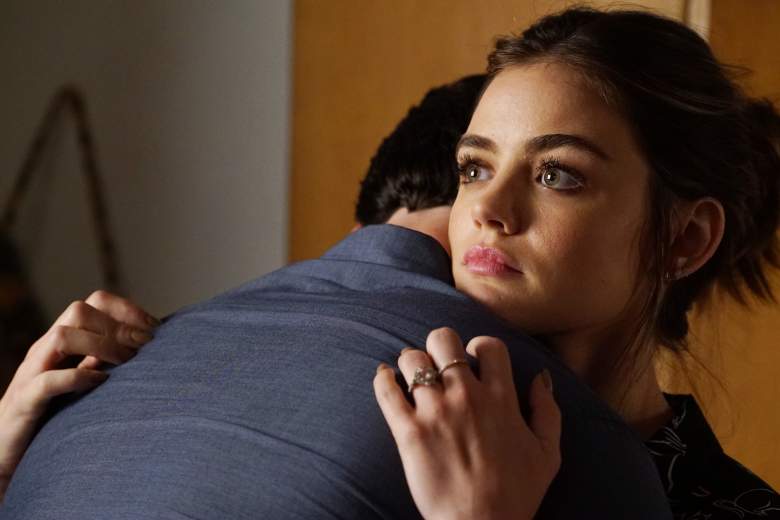 With Toby returning to Rosewood, could he possibly be A.D.? Could Caleb be A.D.? With the reveal being such a “shock” to some of the actors on the show, we’re guessing that the possibilities are endless. Showrunner I. Marlene King stated on Twitter that the reveal may be said, explaining that it’s, “because every villain has a real human story. The best villains are relatable people. In my humble opinion.” And, for those who still think that Lucas is the mastermind behind all the torture of the Liars, actor Robinson set the record straight, saying:

To check out tonight’s episode, tune in to Freeform at 8 p.m. ET/PT. 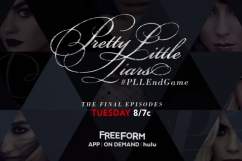