Here’s what we know about the Hillsong Church and Carl Lentz.

1. Lentz Is One of Twelve Hillsong Church Lead Pastors

Hillsong Church is described as a contemporary pentecostal church, and is an official member of the Australian Christian Churches. Carl is one of the church’s lead pastors, and pastors Hillsong New York, the local branch in Manhattan.

There are almost 1100 Hillsong churches and more than 250,000 “believers” across Australia, according to the church’s website. Hillsong Church believes in “one eternal God who is the Creator of all things. He exists in three Persons: God the Father, God the Son and God the Holy Spirit. He is totally loving and completely holy.”

Click here to learn more about Hillsong’s beliefs and practices.

2. People Are Saying Bieber Has Cancelled His Tour Because of a ‘Spiritual Awakening’

According to TMZ, multiple sources are saying that Justin’s decision to cancel his Purpose Tour stems from his relationship to church pastor Carl Lentz. Sources describe Bieber’s friendship with Lentz as “intense”.

One source even told TMZ that the Biebs is “becoming the Tom Cruise of that church.”

But Justin isn’t the only celebrity Lentz has been caught hanging out with recently. He’s also made headlines for his role in the Kyrie Irving controversy. On Tuesday, TMZ reported that Irving requested a trade from the Cleveland Cavaliers not only because he wants to join the team, but because of his conversations with Lentz.

3. He Is Married to Fellow Pastor Laura Lentz

It's @lauralentz BIRTHDAY! I love this radiant, excellent, gorgeous and selfless human being.. She is classy, she is kind, she is secure and she is threatened by no-one! Which is why she is so quick to cheer others on, promote others, forgive quickly and help them shine. She is the strength of our family, and our church. My children don't have to leave our house to find their role model because she's there. Everyday. Navigating each new season of life with passion and improper Australian grammar. I have no doubt that had Laura and I never met, she would be impacting people and making a difference. I also have no doubt that if I DIDN'T MEET HER? I would NOT be.. She's that special. I need her way more than she needs me! And I'm ok with that… Laura Lentz, happy birthday my love. I'm grateful that I get to be by your side, this side of eternity.. I'm blessed to be your husband..

Laura’s bio on the Hillsong website explains that she was born and raised in Australia, and lived there until graduating from Hillsong College, which is when she met Carl. The bio continues, “[Laura] is excited to be a part of Hillsong NYC and knows God has incredible things ahead for that city and nation.” 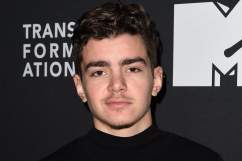 MAY 5th!!! 13 years to the day, I got married to this woman @lauralentz …whom I love with all my heart and all my soul. My love, my friend, my confidant, my passion.. By her side is the only place I ever want to be… Lausie JAYNE? I Love you, girl…

Lentz has written two books: The One: Experience Jesus, and Own The Moment.

According to his bio on Hillsong Church Watch, Carl moved to Australia to pursue his biblical training at Hillsong College. A portion of the profile reads:

Carl claims that Laura is the second greatest Aussie import of all time, only topped by Tim-Tam cookies. Both Carl and Laura embrace a simple, dedicated faith in Jesus and are passionate about delivering the gospel in a method that makes sense to a generation that is desperately seeking a cause that is greater than themselves.

5. He and His Wife Have 3 Children

My friend @cthagod has released his book "BLACK PRIVILEGE: OPPORTUNITIES COME TO THOSE WHO CREATE IT".. available now!! I'm inspired by his passion to speak OUT, when cultural pressure is causing many people to hold things IN..the added bonus of his genius title, is that my son asked what black privilege is…which opened up a conversation about what WHITE privilege is. These are conversations that need to happen! I am a believer that conversation is a leading conduit for CHANGE.. in all things! Thanks for stirring it up, CHARLAMAGNE..disclaimer: this book has "colorful language"…but in this black and white world? A little color never hurt anybody… #occupyallstreets #churchinthewild #readmore ALSO.. I only know two people from MONKS CORNER SOUTH CAROLINA… @cthagod and @stevenfurtick … that place produces some serious legends! Somebody bottle the water… #sunstandstill #unqualified

Laura and Carl work at Hillsong Church in NYC, and have three children together.

Speaking to The Church Watch in 2013, Lentz spoke about his stance on Hillsong Church, saying, “There’s a stereotype… A lot of people think of Christians as out of touch. But I say the gospel shouldn’t make you weird. We’re not like those people standing outside the clubs with the posters and the bullhorns. God is bigger than that.” 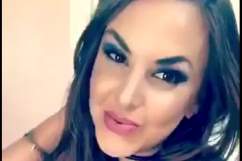