Now that Sansa and Arya had that really intense argument, and Arya’s acting really creepy around Sansa, fans are wondering if Arya’s planning to kill her sister. Here are the top theories about what might be happening in next week’s finale.

Arya clearly threatened Sansa, telling her that she could wear anyone’s face, including Sansa’s. She was definitely trying to be intimidating and acting like she didn’t trust Sansa at all.

Some fans think that Arya is going to be fooled by Littlefinger’s letter and kill Sansa, taking her face and then going to Winterfell under the invitation from Cersei. Once there, she’ll kill Cersei (or at least try to do so) while wearing Sansa’s face.

Other fans think that Sansa will turn the tables on Arya and kill her somehow, or at the very least hire someone else to kill Arya. Sansa’s definitely not meek anymore. And when Littlefinger reminder her that Brienne is sworn to protect both Sansa and Arya, Sansa sent her away. Perhaps she is going to give the dagger that Arya handed her to someone else, and a hired assassin will once again attempt to kill a Stark with that dagger.

Other fans think that Sansa and Arya will figure out what’s going on before it’s too late, and realize that Littlefinger is pitting them against each other. Perhaps Bran will play a role in bringing this to light. Then they’ll decide together that it’s Littlefinger who needs to be killed, and Arya will take his face.

Which theory do you think is correct, or do you agree with any of them? Let us know in the comments below. 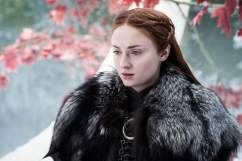 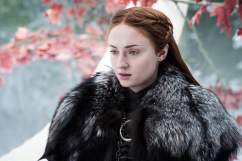