On tonight’s episode of America’s Got Talent, singer Seal appears as a guest judge, reuniting with ex-wife Heidi Klum, who is a full-time cast member on the show. Seal and Klum started dating February 2004 and married the following year. The two then renewed their vows every year and had a huge party to celebrate. Another thing the couple was known for was their Halloween extravaganzas. They would dress in elaborate costumes together and spend hours with professional makeup artists for their looks. Now that the couple is no longer together, Klum has carried on the Halloween tradition on her own.

When Klum started dating Seal, she had recently split from Italian Formula One team manager Flavio Briatore and she had revealed that she was expecting a child with Briatore. Klum gave birth to Briatore’s daughter, Helene “Leni” Boshoven Klum on May 5, 2004 and ex Seal was by her side. Klum has said that Briatore is not involved in their daughter’s life and that Seal is considered her father. In late 2009 Seal officially adopted Leni. Last year, biological father Briatore told Italy’s Il Corriere della Sera that he doesn’t really miss Leni because he “never sees her.” He explained:

Leni is my natural daughter, but the three of us happily agreed that it made more sense if Seal adopted her, because a child needs to grow up in a family … We used to speak on the phone two hours a day, but it wasn’t enough. She needed to stay with her mum. Then, Heidi started to date Seal and he raised her … Heidi, Seal and I have built an amazing relationship.

In January 2012, Seal and Klum announced that they were separating after almost seven years of marriage together. When the two separated, they released the following joint statement:

While we have enjoyed seven very loving, loyal, and happy years of marriage, after much soul-searching we have decided to separate. We have had the deepest respect for one another throughout our relationship and continue to love each other very much, but we have grown apart. This is an amicable process and protecting the well-being of our children remains our top priority, especially during this time of transition.

Klum ultimately filed for divorce from Seal on April 6, 2012. 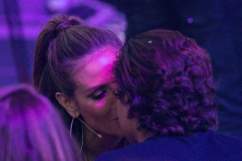 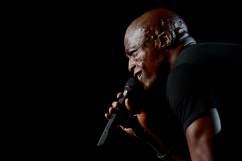 Read More
Celebrities, Heidi Klum, Reality TV, TV
Seal and Heidi Klum were married for several years and had kids together, but now Klum is the singer's ex-wife. Learn more about their children and marriage.