In one of the more humorous things you’ll probably see today, a video posted to social media shows actress Jennifer Garner hysterically crying about Hamilton while high on laughing gas.

In the video, an emotional Garner is seen talking on her cell phone and says, “They did the sad part of Hamilton and I started crying, I couldn’t stop.”

Watch the hilarious video below:

It’s not clear who Garner was speaking to on the phone at the time.

Garner had been married to actor Ben Affleck since 2005, but the two announced they were planning to divorce in 2015 after a decade of marriage.

“After much thought and careful consideration, we have made the difficult decision to divorce,” the couple said in a joint statement. “We go forward with love and friendship for one another and a commitment to co-parenting our children whose privacy we ask to be respected during this difficult time. This will be our only comment on this private, family matter. Thank you for understanding.”

Their marriage was often the subject of scrutiny over the years. In a 2014 interview with InStyle, Garner said her and Affleck had a strong marriage. She added that after so many years together, their relationship wasn’t in the “courtship” phase any longer, but that was OK.

“You can’t expect to be courted all the time, and I don’t want to court him right now – I don’t have the energy!” Garner said. “But we’re definitely in a very mindful place where we’re making an effort to be together, do things at the same time, and be loving.” 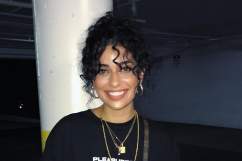