Rick and Morty Season 3 is back tonight with Episode 8, called “Morty’s Mind Blowers.” If you want to make sure you watch a real live stream tonight and not a real fake live stream, you’ll want to keep reading.

The episode tonight started at 11:30 p.m. Eastern on Adult Swim. Can’t get to a television or don’t have cable? Then watch it via live stream! For details on how to watch Rick and Morty Season 3 Episode 8, live online or on a mobile device, check out all the streaming options below.

Because the AdultSwim.com live stream no longer provides free episodes, and fans are still having problems with the paid streams too, we have a lot of other options for tonight listed below the first section. After the episode airs, come back to this story and take our poll at the end of the article, letting us know if you liked the episode or if you didn’t. Or just vote now, because 68 percent of fans did that last week. ;)

Hey! Are you tired of real live streams cluttering up your computer, where you open them and they actually work? Get on down to Real Fake Live Streams. Fill your whole screen up with them. None of them play the show. They act like they work, but they don’t go anywhere. Don’t even hesitate. Don’t even worry. And don’t even give it a second thought.

Lately, fans have felt like they’re living in a dimension with “Real Fake Live Streams.” It started when AdultSwim.com decided to show some employees reading a Rick and Morty script rather than the actual Rick and Morty episode on its live stream. And then it happened again this week, when fans went to watch a live stream and were greeted with a fish tank instead.

AdultSwim.com is no longer streaming the show for free anymore. We can understand why. This is a great show and if fans support it, then the show can have another season. But the problem is, many fans are running into lots of “real fake live streams” while they try to find a way to stream the show for real.

If you’re a cable subscriber, you can still use Adult Swim’s live streams, but those have been experiencing glitches lately too. (And some users who tried the app also reported that it didn’t work tonight.) So if that option doesn’t work for you, don’t fear! Here are some real NOT-fake live stream options below, so you can watch Rick and Morty live legally and still support the show:

Viewers in the United States can watch the show through Sling TV, an online streaming service that provides access to select channels for a monthly fee, but offers a free 7-day trial that will allow you to watch the show for free if you sign up.
Adult Swim is available through the basic Orange package, which costs $20 per month after the free trial ends.
Here’s how to sign up:

(Note: some viewers have complained that these options don’t always work, and the video may just sit and load. You may need to disable browser extensions first. Keep other options available just in case the glitches aren’t fixed on these this week.)

(Note: Some fans have been having trouble with these options, so have a backup ready in case it doesn’t work.)

You can’t use AdultSwim.com anymore to see the episodes for free after they air. Only Season 3 Episode 1 is available to watch without a cable subscription.

To get ready for tonight’s episode, you’ll want to watch this preview for the episode first.

After you watch the episode, come back here and tell us what you thought about it. Last week, 68.39 percent voted for: “I’m voting before I’ve seen the episode.”

Well, here’s your next chance. ;) Come back here after the episode is over and let us know what you thought (or just vote before the episode now because EXISTENCE IS PAIN.)

Catch up on Rick and Morty news and theories below: 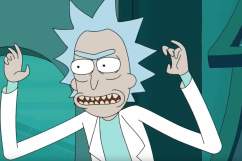 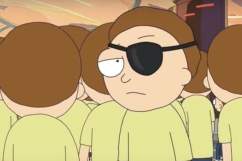