Damaris Phillips and Rutledge Wood will be hosting “Southern and Hungry” on the Cooking Channel.

Explaining the show to Broadway World recently, Courtney White, Senior Vice President, Programming, Scripps Networks Interactive, said, “Damaris and Rutledge eat, sleep and breathe the South – the people, the culture and most-of-all, the food… Southern and Hungry is a delicious celebration of the places and dishes that remind them of home.”

Read on to learn more about Damaris and Rutledge, who will be hosting the show.

Phillips is a chef and TV personality who won the 9th season of Food Network Star. She hosted Southern at Heart for five seasons, and co-hosts The Bobby and Damaris Show on Food Network.

Her first book, “Southern Girl Meets Vegetarian Boy”, is set to be released in October.

Television host Rutledge Wood waits for the start of the practice session for the 42nd Toyota Grand Prix of Long Beach Press Day on April 5, 2016 in Long Beach, California.

Rutledge Wood is an auto-racing analyst from NBC. He was one of three hosts for History’s Top Gear with Adam Ferrara and Tanner Foust, and in 2013, he became one of the hosts for NASCAR Trackside.

Wood lived in Birmingham, Alabama, before moving to Peachtree City, Georgia. He went on to graduate from the University of Georgia with a degree in marketing. 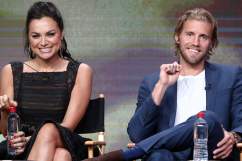 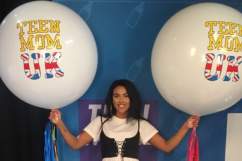