The Old Man is a legendary role in the movie A Christmas Story and now the film has been made into a live FOX production with a star-studded cast. In the film, The Old Man is lead character Ralphie’s dad, Mr. Parker. Parker is a tough man who doesn’t always see eye to eye with his boy. His relationship with Ralphie is a focus in the show and he also has a hand in one of the most iconic parts of the story. When Parker brings home a seriously tacky lamp in the shape of a lady’s leg, his wife is not very pleased.

According to Hollywood Life, Diamantopoulos grew up splitting his time between Greece and Canada. When he was just nine years old, he got into acting in stage productions and appearing in commercials. Later on, Diamantopoulos went on to appear in popular American TV shows like Charmed and The Sopranos.

Diamantopoulos married wife Rebecca Sara “Becki” Newton in 2005 and she is in the entertainment industry as well. Many may know her as Amanda Tanen from Ugly Betty and Quinn Garvey from How I Met Your Mother. Newton’s brother Matt is also an actor and was on the show Ugly Betty as well, in the role of Troy. Newton also comes from a family of musicians. She and Diamantopoulos first met in a subway station. They went on to marry and have two children – a son and a daughter. In an interview with People, Newton recalled, “We met on the subway at Times Square, and he invited me to go see him in ‘The Full Monty’ on Broadway. I highly recommend that approach. That way you know what you’re getting.” The joke is that ‘The Full Monty’ involves nudity. Check out a photo of Newton in the below Instagram post.

Diamantopoulos had also been in the Broadway shows Les Miserables and Waitress. In Diamantopoulos’ official FOX bio for his Christmas Story role, his resume reads:

Chris Diamantopoulos most recently starred on Broadway, opposite Sara Bareilles, in the hit musical “Waitress.” He will be seen next in the feature comedy “The Truth About Lies,” opposite Odette Annable; and the television series “The Dangerous Book for Boys” and “Let’s Get Physical.” His additional television credits include “Good Girls Revolt,” “Silicon Valley,” “About a Boy,” the revival of “Arrested Development,” “Episodes” and the final season of “The Office.” Diamantopoulos also can be heard as the voice of “Mickey Mouse” on the highly acclaimed cable series “Mickey Mouse,” and as the voice of a variety of characters on more than 20 episodes of “American Dad.”

The original part of The Old Man was played by Darren McGavin and AChristmasStoryHouse.com reports that he was most known for his TV roles. Some may have recognized him as Adam Sandler’s father in the movie Billy Madison. McGavin continued acting over the years until he passed away in 2006 at the age of 83, according to the NY Times. The NY Times also reported that McGavin claimed to have had an interesting childhood. McGavin reportedly said that his parents disappeared and he spent his teen years living in warehouses, eluding the police, along with social workers. 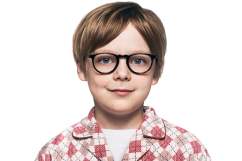 Andy Walken as Ralphie Parker in ‘A Christmas Story Live’: 5 Fast Facts You Need to Know