Eggmazing entered the Shark Tank with their device that spins, allowing you to decorate Easter eggs with markers.

We interviewed Scott Houdashell and Curtis McGill who launched the company in March of 2017. At that time, production was 10,000 units, which they sold in 23 days. They upped production for this year to 250,000.

You can find them on Amazon, at Target and over 800 other brick and mortars. As for their egg-citing future, next year, they are designing an international marketing plan. In addition, they are working on their newest product, Treemendous Ornament Decorator.

How the Idea Was Hatched

Scott: The idea came while decorating with family and friends during Easter of 2015. We were all in the kitchen making a mess with the traditional vinegar and dyes. With a borrowed electric screwdriver, hot glue stick and a spoon, the first Eggmazing was born.

The Eggmazing Egg Decorator in 15 sec. Click the link on our profile to find out more. #familyfun #itseggmazing #kickstarter

Scott: The first prototype was built with wood and spare parts laying around my workshop. From start to finish, approximately eight prototypes were built. Over 1,000 hours were spent with research and development.

Scott: We weren’t really sure what to egg-spect with our Kickstarter campaign. It was our first one. Our campaign was a successful and helped raised funds to move forward with packaging design, but launching an Easter product before Christmas showed to be a struggle with it going viral.

Scott: My advice to future contestants Is don’t hold back when you have your chance. This is your one chance to convince the Sharks to believe in you and your product/idea. Oh and know your numbers!

Curtis: I did have some nerves before walking into the Tank. One thing’s for sure, the Sharks are real people and they take a true interest in why you’re there and how they can or can’t help you.

Other Shark Tank products for kids: 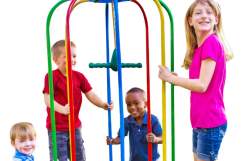 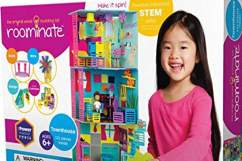 Roominate After ‘Shark Tank’ Deal With Mark: Interview With Founders 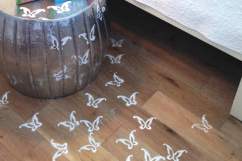