Whenever The Bachelor or The Bachelorette gets ready for a new season, blogger Reality Steve is there to help spoil it all. And fans love it! Reality Steve, whose real name is Stephen Carbone, is a blogger who releases spoilers, recaps, and interviews for several reality shows, but is most known for his work surrounding the Bachelor franchise. Some of the other shows that he covers includes Ex on the Beach, Survivor, Big Brother, Vanderpump Rules and a couple of the Real Housewives shows as well.

According to Jezebel, Carbone got his start with an email newsletter, which ended up becoming a blog in 2003. His big break then came in 2009, during Jason and Molly Mesnick’s season of The Bachelor, when he got word that Jason was going to dump winner Melissa Rycroft after the finale episode.

Carbone makes a living by connecting fans with reality and breaking down the fantasy aspect of TV, that is created by producers and editors. But, this, of course, comes with its own cost as well. After all, Carbone is threatened with legal action every now and then and has even been sued multiple times, according to The Dallas Observer. Carbone admitted that ABC, the network that airs both The Bachelor and The Bachelorette, has sued him twice. He revealed that, “I think publicly they hate me. I think privately they love me because they know what I do brings attention to their show … Tortious interference is what I was sued for, which is to break a contract between two other parties. But to prove tortious interference in a court of law, you have to prove like five things and they wouldn’t be able to prove any of them. I think the reason they did it in the first place was just to scare me. They have way more money than I do and I think they just thought, ‘Well, let’s sue them and drag this out for as long as we can and maybe he’ll just give up.'”

He continued, “Then they sued me again in December of 2012. But that lawsuit, I still don’t understand to this day because they had nothing in that lawsuit that said I had violated my contract. They just assumed that I did.”

Cleaning out old boxes & look what I found. Sorry @MistyMayTreanor that you had to share the spotlight with me

According to Fast Company, Carbone actually first started out as a sports talk radio host in Los Angeles, California. When it comes to Carbone’s success online, he has been correct in his spoilers with the exception of two winner errors. But, hey, things happen, right? He explained to Jezebel that, “I don’t like to be wrong. I’ve hated being wrong on the endings I’ve been wrong on. But some people are conspiracy theorists and think I do it on purpose to keep people coming to site. It’s like, I don’t need to do that to keep people coming to the site. I have never purposefully put out a wrong spoiler, I never would. I’m very transparent about who I am.”

Despite this, Carbone continues to draw in readers, telling the Dallas Observer, “Monthly is between a million and a million-and-a-half unique visitors. And then page views monthly is between 8 and 10 million … As long as the show is on the air, I’m going to spoil it.”

Carbone, because of his success, now has tons of sources who willingly approach him with spoilers for each season and he has said he will never reveal his sources. Carbone dished that, “I’ve become the de facto authority for The Bachelor and I get things told to me.” 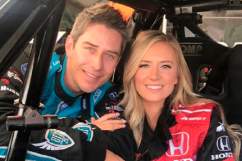