Getty Mourners light candles on May 18, 2105 at a makeshift memorial for rapper Chinx. Although not from 2018, the memorial is a reminder of the tragedy that marks many musicians' lives.

With the shocking death of XXXTentacion and the shooting of Jimmy Wopo — a Pittsburgh rapper who was shot on the same day as XXXTentacion in June — many are wondering just how many rappers and hip hop artists have died in 2018. Sadly, the answer is far too many, and the number increased in September with rapper Mac Miller’s death. Miller’s death is a stark reminder of how short rappers’ lives may be. Here is a list of the musicians whom we know were killed since January 1, 2018. This is a developing story.

Mac Miller: September 7, 2018 – Mac Miller, born Malcolm James McCormick, was found dead in his San Fernando Valley home. The night before his death, he had tweeted about his upcoming tour. Sources are saying that it’s suspected he died of an overdose, but this has not been confirmed. According to TMZ, authorities were alerted that Miller had suffered cardiac arrest when a friend called 911 from his home.

Richard Doss, better known by his stage name Lil Buzz, wanted his music heard. But those dreams were cut short Sunday when the 21-year-old rapper was fatally shot in his car in Richmond.https://t.co/BD05Oixuwv

Lil Buzz: June 2018 — Lil Buzz (Richard Doss), an aspiring rapper, was only 21 when he died. He was shot and killed while he was in his car in Richmond, SFGate reported. He died of multiple gunshot wounds on the 500 block of 23rd Street.

XXXTentacion: June 18, 2018 — XXXTentacion was shot and killed while shopping for a motorcycle in Florida. His last live stream video, which he filmed just hours before his death, included concerns that he might die and talk about what he wanted to happen if he did. You can see the video in Heavy’s story here.

I’ll never forget you. Cherished every moment working with you, can’t believe your gone. ‭Always and forever my brother #WopoForever

Jimmy Wopo
Rising star Jimmy Wopo was shot dead in his hometown of Pittsburgh in June. Wopo, whose real name was Travon Smart, was shot near the intersection of Wylie Avenue and Chauncey Street in Pittsburgh’s Hill District in what was apparently a drive-by shooting. Wopo is survived by his daughter, Aubrey, who is 3.

DC-AREA RAPPER KILLED: Antonio Harper, Jr. aka A1 Lil Tony ( @A1_liltony ) was shot to death in Waldorf on Tuesday night. @CCSOMD says the attack appears to be “targeted,” and the suspect is still on the run. @wusa9 pic.twitter.com/klHdBiVWe5

A1 Lil Tony: May 2, 2018 — Antonio Lamont Harper, a local rapper in Waldorf, Maryland, was shot multiple times and killed as he got out of his car around 10 p.m. and was walking up the stairs to an apartment with his uncle. He was only 20, WTOP reported.

Louis Robinson, Jr.: May 2018 — Robinson, 29, was shot and killed in north Baton Rouge, The Advocate reported. He was a local rapper known as Louis Badazz and had recently seen success from his song “Let ME Thru Dis B,” performed in 2016 at Southern University’s Human Jukebox. He was an Army veteran and the father of three.

Mississippi rapper Lonnie "Lil Lonnie" Taylor was one of two people killed during a bloody night in the Mississippi capital. https://t.co/96wEgs2HJJ

Lil Lonnie: April 29, 2018 — Lonnie Taylor, a well-known Jackson, Mississippi rapper, was shot and killed when his car was struck by gunfire while driving down Montebello drive. He was found after his car crashed into a residence and was pronounced dead at the scene, Clarion Ledger reported. Taylor had said that if he ever made it big, he planned to buy a house for his family. He was shot while driving his SUV just hours after posting on Snapchat and Instagram.

Up and coming rapper Brandon Denson was shot and killed outside Pizza Hut on Buena Vista Road, Friday night. Family and friends have created a small vigil in his honor. Learn about his career and tragic death at 5pm @WTVM pic.twitter.com/ZkDGtaRwWw

Brandon Denson: April 6, 2018 — He was killed over marijuana, WLTZ reported. A car drove up to him and he was shot and killed in a Pizza Hut parking lot. His murder was caught on camera. He was known as Billion Dollar BD.

Craig Mack: March 12, 2018 — Mack died from heart failure in South Carolina and had been ill for some time, according to friends. He did not die a violent death, like many other rappers did in 2018, but he is greatly missed.

On March 14, William Teasley III, 22, a rapper in Wilmington, Delaware, was shot on his front steps. His sister, also his best friend, found him. William, who performed as Sam Vito, was remembered as an entrepreneur and doting uncle who made people laugh.https://t.co/DjQJgZo1Y0 pic.twitter.com/4ya8bcFwvY

William Teasley III: March 14, 2018  — He was just days away from performing as Sam Vito at the Vanity Grand Cabaret in Philadelphia when he was killed, Delaware Online reported. Around 2 a.m., he was shot and killed just outside his home, where he lived with his sister and her new twins. He was only 22.

Billy Ray Robles died on the morning of the #MarchForOurLives rallies. https://t.co/Plze9gkBVt

Billy Ray Robles: March 2018 — Robles was only 19 when the aspiring rapper was killed in St. Paul. A dispute broke out on a party bus, Twin Cities Pioneer Press reported, and the fight escalated into a shooting. The party bus had dropped off people who had left their cars at the AMC theater, and a fight had broken out. Family members said that Robles was trying to do the right thing and break up the fight.

San Antonio, Texas rapper Christopher Polk was shot & killed on Saturday, February 24, 2018 early morning by an unknown assailant while driving on Loop 410 after performing at the Ice Lounge.

Fredo Santana: January 19, 2018 — Fredo Santana (aka Derrick Coleman) died of a fatal seizure in Los Angeles and had been suffering kidney and liver problems, which were a result of his heavy use of cough syrup, according to TMZ. He was only 27.

Monte Wayne: January 2018 — Demonta Tanksley, 36, was an up-and-coming, talented rapper who was killed in Fort Worth, Dallas News reported. The shooting happened around 8:20 a.m. on a Tuesday morning, and he was found shot in his apartment. His family and friends said he was well-known and loved.

Aspiring rapper Phanelli Deblasio was shot dead near the Bronx building he used in a music video https://t.co/D2X8LlNPX3 pic.twitter.com/w1W6toFs7Q

Phanelli Deblasio: January 17, 2018 — Melvin Batties, 34, was shot in the neck and killed just a few feet from a Bronx housing development where he shot one of his music videos, Daily News reported. His sister, Nikki Fuller, said: “He was a good person. He was loved by everyone… He was a great brother and a great father.” He left behind three kids, including twins. Friends said he didn’t have any enemies.

If you know of a rapper or hip hop artist who died and is not in this list, please let us know in the comments below. Other rappers tragically died in late 2017 who are not on this list, including Lil Peep who died on November 15, 2017 from an accidental Fentanyl-Xanax overdose. 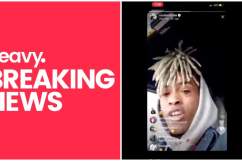 XXXTentacion Live Stream: Video From Before He Was Shot