Tekashi69 posted a screenshot of a text conversation he had with XXXTentacion just before XXX’s death on June 18. XXXTentacion was shot dead in Deerfield Beach, Florida, after leaving a car dealership. Authorities have suggested that robbery was a possible motive in the crime.

XXXTentaction wrote to Tekashi69, “Keep moving smart, squashing that beef was a good move.” In another message, he wrote, “When you get out move smarter, more patient, more relaxed.” The final message read, “Be safe okay? Never let your guard down.”

Tekashi69’s first Instagram post on the rapper’s shooting was a screenshot of TMZ’s homepage accompanied with the caption, “This can’t be true… was just on the phone.”

News of XXXTentacion’s death came on the same day that authorities announced that Tekashi69 was being investigated as part of an attempt on Chief Keef’s life earlier in June. Nobody was injured when two gunmen opened fire on Keef outside of the W hotel in Manhattan in the early hours of June 2. At the time, Tekashi69, a native of Brooklyn, New York, was in Los Angeles. Though a day earlier, he had posted a video to Instagram insulting Chief Keef. TMZ reports that Tekashi69 has denied involvement in the shooting.

Chief Keef told Page Six in an interview shortly after the attack that he believed Tekashi69 was behind the shooting. 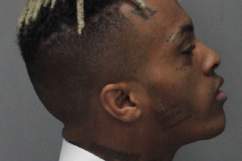 XXXTentacion Quotes: Words to Remember the Rapper By