Hans is a German singer, dancer, accordion player and entertainer, who has made a splash on America’s Got Talent 2018. According to ABC Net, Hans’ real name is Matt Gilbertson and he is a self-proclaimed “international superstar, sex symbol, accordionist, home wrecker, Madonna fan”. And, after receiving rave reviews from viewers on social media, Hans gushed on Facebook that, “I’m thrilled with the reaction. I’m just here to give the world a show! I can say expect so much more than you’ve already seen. You think you know what I’m all about? Think again! This will be the greatest show on Earth!”

While fans can watch Hans perform on AGT, he will also be putting on his show “Like A German” at the Edinburgh Fringe Festival. The description of Hans’ show reads, “International superstar Hans, the boy wonder of Berlin, serves up an all-singing, all-tap dancing, accordion-pumping, glittering blitzkrieg of cabaret backed by his three-piece band, The Ungrateful Bastards! With more sparkle than a Studio 54 mirrorball and more feathers than a battery hen farm, hilarious Hans will have you slapping your thighs so hard, you’ll think it’s Oktoberfest. He’s a little Marlene, a little Madonna. A little Minogue, a little … Merkel. Hans is the ultimate showboy … In a pair of showgirl hot pants. ‘Hans down one of the most hilarious nights’.”

For those hoping to vote for Hans tonight, whether online or via phone, you can find your voting options here. We also have a rundown on the season 13 voting methods for the show, which you can check out in our AGT voting post.

VOTE FOR HANS THIS WEEK ON America's Got Talent!!!! . – Vote online via two different URLs, nbc.com/agtvote and xfinity.com/agtvote. You can vote TEN TIMES per email. So if you vote using both URLs, that is 20 votes. ALSO if you log in with other email addresses, you can vote even more times. . -Call the toll free number that will be posted after I perform on August 28! . -Or Download the America’s Got Talent app: nbc.com/AGTapp . The more ways you vote, the better my chances are of staying in the competition!! . OTHER WAYS YOU CAN HELP: -Tell your American friends to watch VOTE for me on August 28 . -Share my performance on social media . -Share my posts on Facebook, Instagram, Twitter . -Leave comments on the AGT posts about my act and vote up the positive comments (Honey… Help me flush out the trolls) . LETS MAKE AMERICA GLITTER AGAIN!!!!!!!! . @agt @agtauditions #hans #accordionhans #makeamericaglitteragain #agt #agtseason13 #agtauditions

There are four methods for voting this season and they include calling phone numbers assigned to the individual contestants, on https://agtvote.votenow.nbc.com, using the AGT app via the App Store and/or Google Play, and by using a X1 voice remote if you are an Xfinity X1 customer. Simply say “Vote for AGT” into the remote or press the remote’s info button while the show airs live, as reported by Knox News. Tonight’s show airs at 8 p.m. ET/PT and 7 p.m. CT on the NBC network.

If you would like to watch the show live, but you don’t have cable or can’t get to a television, you can watch the NBC network live on your computer, phone or streaming device by signing up for one of the following cable-free, live-TV streaming services:

In addition to Hulu’s extensive Netflix-like streaming library, Hulu now also offers a bundle of live TV channels, including NBC (live in most markets). You can sign up for “Hulu with Live TV” right here, and you can then watch a live stream of NBC on your computer via the Hulu website, or on your phone, tablet or streaming device via the Hulu app. If you can’t watch AGT live, “Hulu with Live TV” also comes with both its extensive on-demand library (which has many shows available after they air) and 50 hours of Cloud DVR storage (with the ability to upgrade to “Enhanced Cloud DVR,” which gives you 200 hours of DVR space and the ability to fast forward through commercials).

What song am I doing tonight?!? It’s a SECRET but I have two words… HOLD TIGHT!!! Watch @agt tonight on @nbc #agt #agtseason13

In addition to being able to watch the NBC network live via the above streaming services, you can also watch on your computer via NBC.com, or on your phone, tablet or streaming device via the NBC app. You’ll need to sign in to a TV provider to watch this way, but you can use your Hulu, FuboTV or Sling credentials to do that. 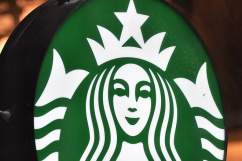 Read More
AGT, America's Got Talent, Reality TV, TV
AGT 2018 singer Hans is a German entertainer. Fans want to know if he's really German and what his real name is ...