Shades of Blue first premiered on January 7, 2016 and it was rumored that the series would just run for one season. But, producer and star Jennifer Lopez carried on with the hit police drama, which also stars icon Ray Liotta. Unfortunately for fans, Lopez, who has so many projects going on, has decided to end the series with season 3. This means there will not be a 4th season.

And, not only are fans upset, but star Ray Liotta, who says he loves working on the show, was also disappointed. According to Deadline, prior to the start of the third and final season, Liotta said that, “I’m truly going to miss doing it. I can do another 13 … I know this season is going to be great. I think Jennifer is fucked up for not wanting to it again.”

Fans are definitely upset that Lopez decided to call it quits with the show, as a commenter with Deadline, called MemphisRed, wrote, “I really liked this show and will miss it. I watch Goodfellas every time it is on because I love Ray Liotta and how fantastic he played Henry Hill. Jennifer Lopez is making a terrible mistake leaving this fast paced, terrific show that has so much going for it. Hopefully we will see Ray in another TV series and movie very soon.”

According to Digital Spy, Jennifer Lopez has stated that the ending to season 3 of Shades of Blue will be “tragic”, but “poetic and beautiful”. So, with a tragic ending, a 4th season at some point may not even be possible. On the other hand, when Lopez was talking her character, Harlee Santos, and how Santos’ time ends on the show, she told Entertainment Weekly that, “Whether she’ll come back or not for some special or for another season, who knows, but for right now this is what happens for her.” So, it sounds like there’s always the chance of a return.

And, when it comes to Lopez’s final assessment of Shades‘ dirty cop heroine, Harlee Santos, and how she connected to her, she said, “I felt like I got to explore a different side of myself with Harlee: a tougher side, a more forgiving side, and a more tortured side that I have never really tapped into. She helped me grow in so many ways, helped me become more independent. She was so independent and she had such a strong sense of self and being … Even within all the chaos and trouble, she was always kind of walking this tightrope of morals and ethics. It was a beautiful journey.”

In April 2018, it was announced that Shades of Blue would be ending this year and, according to The Hollywood Reporter, Jennifer Lopez released the following statement about the decision to cancel the series. Lopez explained, “I have enjoyed producing and starring in this beautifully complicated world and playing such an empowering yet flawed character — a woman, a detective, but, first and foremost, a mother. Now looking at it with a little distance, playing Harlee strengthened me and helped me grow into a more self-assured woman. It’s crazy how some parts permeate your soul and change you forever and for that I am grateful.” She continued, saying, “We crafted a poetic three-season arc on how her journey ends, which is true redemption. The way only Harlee could have done it — the hard way, the road less traveled. I thank NBC and all the talented actors, writers, crew and producers for going on this journey with us!” 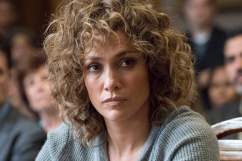 How to Watch the ‘Shades of Blue’ Series Finale Online