Getty Fans were confused about false reports of 6ix9ine's death. He is not dead.

Tekashi 6ix9ine has always been a controversial figure in the rap community, and his arrest on Monday has elicited mixed reactions from his peers. Some were encouraging of 6ix9ine’s predicament, like Lil Pump, while others were more hostile in their response as a result of the rapper’s checkered past.

50 Cent, who has been friendly with 6ix9ine in the past, posted a photo of them together on Instagram with the caption: “My son got picked up, I told him don’t call me. Sh*t. The Fed’s on you fool. Call ya momma. Don’t put the FBI on my phone.” 50 made it clear that he’s not prepared to tangle with the feds, even if he’s referred to 6ix9ine as his “son” on several occasions.

During a recent interview with The Breakfast Club, 6ix9ine opened up about his close relationship with 50 Cent. “He don’t pay his child support bills,” the rapper joked, before revealing that the two rappers clicked 50 claimed that 6ix9ine reminded him of his younger self. 50 and 6ix9ine have previously worked together on the tracks “Kings” and “Get the Strap” alongside Casanova and Uncle Murda.

Smokepurpp was similarly callous when reacting to news of 6ix9ine’s incarceration. The rapper posted a message that read: “6ix9ine welcome to keep your b**tyhole shut behind bars.” The account that took a screenshot of Smokepurpp’s message captioned it by writing: “#Smokepurpp clowning #tekashi69 while he’s locked up.” Smokepurpp and 6ix9ine have had beef in the past, with the latter mocking him in a DJ Akademiks interview. “Lil Pump and his little homeboy I’m not even gonna say his name I’m not giving anyone any power,” he said, referring to Smokepurpp.

40 Glocc was more encouraging in his sentiments, addressing the rapper and telling him that he will likely be granted bail. “It’s all bad… Sh*t I’m out on a hie a*s bail right now,” he wrote on his Instagram caption. “I think he will eventually get granted bail at another hearing… This sh*t is just how the court processing works. They try to spook you and stress you out and break your mental state and yo pocket.”

6ix9ine also received moral support from Lil Pump. The “Gucci Gang” rapper encouraged a crowd to chant “Free 6ix9ine!” at one of his recent concerts in the UK. According to HotNewHipHop, Pump threw his mic up in the air at one point during the show, and led concertgoers through an impromptu cover of 6ix9ine’s breakout single “GUMMO.”

Both Pump and 6ix9ine were named by Kanye West as some of his favorite new artists during an interview with HipHipNMore. “I love Pump, I love 6ix9ine,” he said. “Man don’t talk to me about controversy… We all the same. So what, this make him a worse person than someone else? He worse than one of our cousins that’s like, locked up? That’s our family. He our family, we all family.”

Both Pump and 6ix9ine have recorded music with West, and are believed to among the artists featured on West’s upcoming studio album Yandhi. West will also appear on 6ix9ine’s upcoming debut album Dummy Boy, out November 23. 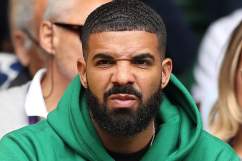