Getty Are Kate Middleton and Meghan Markle actually involved in a royal family feud? Read on for more information on what the two have reportedly been fighting about.

Kate Middleton and sister-in-law Meghan Markle have been in a “heated family feud” for the last few months. At least, that’s what the media want you to think. However, there has been no definitive proof that the two are in any such feud, and the Duchess of Sussex has recently expressed frustration that she has “no voice” against the constant flow of bad media.

According to Us Weekly, Markle is said to be “fed up” that royal protocol means she isn’t allowed to “stand up for herself” when being viciously attacked by various publications. 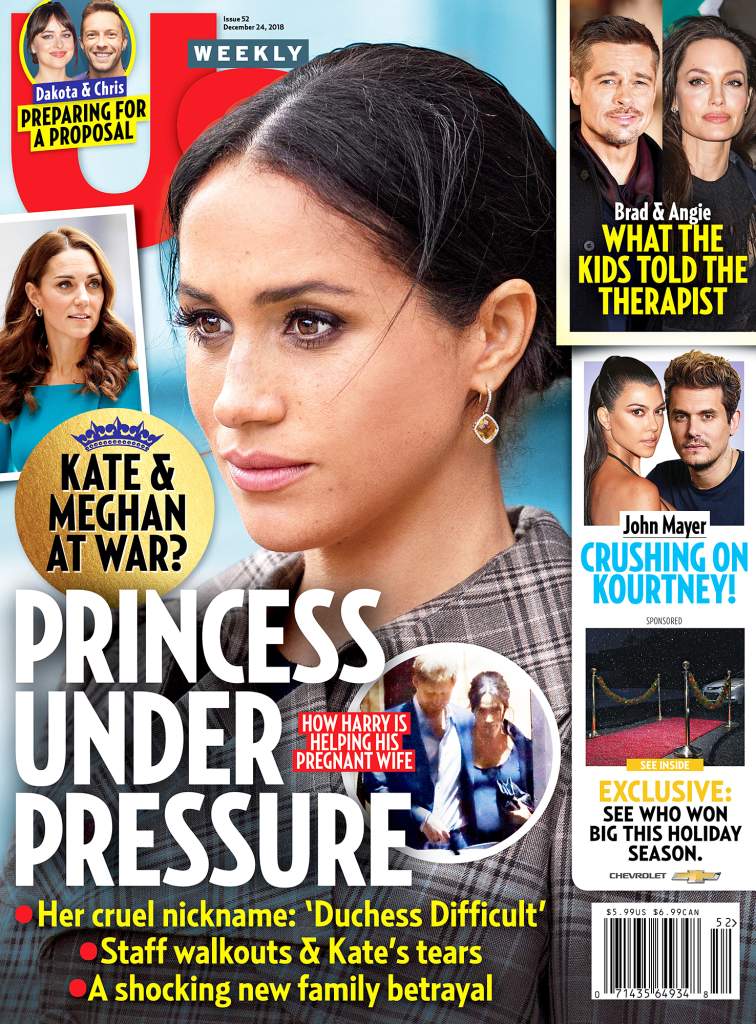 Us WeeklyThe negative coverage of a growing feud between Markle and Middleton has taken its toll on Markle.

“It’s just been frustrating and stressful to have no voice,” a royal insider told Us Weekly. “She’s always relied on her own voice to stand up for others, and for herself. So not being able to say anything is a debilitating feeling. She’s always been so independent, her entire life, and that’s all been taken away from her. She’s always been able to clap back on social media and now she can’t.”

Rumors of a royal rift between the two ladies surfaced months ago, amid the announcement that Markle and Prince Harry were moving out of Kensington Palace, but had started brewing weeks before. Multiple reports have claimed Markle is responsible for a rift between the two brothers and had been “demanding” towards staff, which has fueled claims that her private secretary, Samantha Cohen, was leaving her position due to tension between the two women. Various other reports that Middleton was “in tears” because of Markle, and that their body language indicates their rising tension, have been abundant since before Prince Harry and Markle were even married.

However, rumors of this nature are incredibly common among the royal family, and date back years before Markle and Middleton ever entered into the fold. Princess Diana and her fourth cousin Sarah Ferguson also reportedly had a tense relationship, with Ferguson dating Charles’ younger brother sometime after Diana married Charles. Although very close friends, the two were constantly compared to one another, which eventually took its toll on their relationship, according to ABC.

The same type of comparisons have already started to surface between Markle and Middleton, with The Sun often portraying Markle as “sexual” and Middleton as a timid “introvert.” The UK tabloid isn’t the only one – thousands of publications around the world have created their own varying descriptions of the royal women, helping to boost rumors of a feud between them.

So are any of the rumors actually true? Are Prince Harry and Prince William actually drifting away from each other, and is it due to their wives’ increasing frustration with each other? The answer, as it most often is with regular human beings as well as the royal family, is more involved than than just a simple ‘yes’ or ‘no.’

According to the UK Times, the brothers have always had each other to lean on in times of need, but they both have their own families and lives to look forward to, with busy schedules in between, which has been a big part of why they aren’t seen together as often. 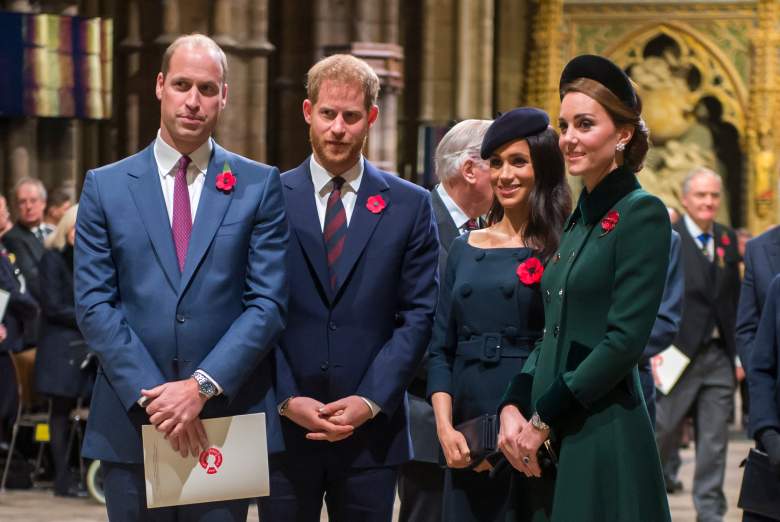 “The brothers have leant [sic] on each other and looked after each other since their mother died. But now they have their own families, they no longer rely on each other as before,” a source told the Times. Royal historian Robert Lacey also told the Daily Beast that “it makes sense because although they will act as a team in future, the functions of the team members will change.”

Whether or not the brothers are actually “drifting apart” is between them, but if there are rising tensions due to the supposed rift between their wives, they haven’t publicly admitted it and are doing a fantastic job of keeping the issue to themselves. Apart from denying that Kate reprimanded Meghan for giving out to her staff, Kensington Palace has refused to comment on mounting reports of a division between the Cambridges and Sussexes.

So what about the reported “royal rift” between Markle and Middleton? Once again, there has been no official statement made by either of the two women. After Markle’s relationship with Prince Harry was revealed, it was widely reported that Middleton was one of Markle’s closest allies, according to The Cut, and the two have often been seen smiling at each other and getting on politely while attending events. Rumors of a rivalry between the two have been repeatedly shot down, The Cut reports.

However, that doesn’t mean that Markle and Middleton are best friends. They are just as human as the rest of the world, and are allowed to occasionally have disagreements, be annoyed with each other, or want to be alone. Because they are now part of the royal family, every detail of their lives is documented, twisted around, and regurgitated back through the tabloids in a completely new light, with a good amount of the information being untrue, or seriously warped.

However, there’s been no real indication of any sort of hatred or serious disagreement between the two, and those closest to the Duchess of Cambridge and the Duchess of Sussex wouldn’t leak details if there were.

READ NEXT: How to Keep Pets & Animals Safe During Dangerous Cold Snap