Mischa Barton is one of the biggest additions to the Hills reboot New Beginnings. The actress and former O.C. star has turned many heads with her casting, leading some to ask why the showrunners sought her out. Why was Barton cast? And what role will she play throughout the season?

Whitney Port, a returning cast member, discussed Barton’s addition on the podcast That’s So Retrograde. She felt that the casting was influenced by original series star, Lauren Conrad. “They think she is like the original Lauren because she was the cool girl on The O.C.,” Port said. “She was famous around the same time [and] all of her scandals were around the same time of The Hills scandals so they [the series’ producers] think she has a relatable story to tell — a ‘new beginning’. I don’t know, I can’t really explain it fully because it’s a little bit confusing to me but that’s what they tell me.”

“Alexa – take us to the Beverly Hills Hotel” ? @cosmopolitan #theHILLS

MTV co-president Nina L. Diaz made similar comparisons between Barton’s career and the original Hills series. “Mischa was on The O.C. at the same time as MTV’s popular series Laguna Beach, which was originally titled Laguna Beach: The Real Orange County, which then became The Hills,” she told THR. “We loved the art-imitating-life aspect. She’s been out of the spotlight for some time and there’s tremendous curiosity around her.”

“Fans miss her and this was a great platform to tell her story. It’s really come full circle,” she added. “Mischa traveled in the same circles as our cast, and she and the Pratts go way back. She knew the Jenners growing up and in fact, has a close relationship to Brody’s mother Linda.” Diaz went on to say that Barton and fellow newcomer Brandon Lee will keep the returning cast members on their toes. “[They bring] a fresh, new perspective. The cast has such a great bond and dynamic after all of these years, bringing in Mischa and Brandon really opened the group up to new things.”

Barton told Page Six that she’s eager to show parts of herself that the public has never gotten a chance to see. “I think there’s always been a lot of mystery around me, and people always have a lot of questions about who I really am and what I’m really like,” she stated. “I’m not sure that this show will clear up any of that, but what I do think about that is that I am a voice of reason and I am a pretty chill person. Everyone always has their preconceived notions [but hopefully] they see past that.”

Barton revealed that the title New Beginnings will be literal for her, as she intends to start a new phase of her career. “It’s definitely starting a new chapter in my life,” she said. “This has been an interesting journey and it’s been really fun to do. I’m really happy to be back in L.A.” 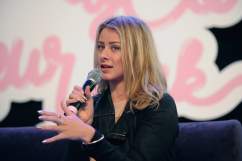 Why Isn’t Lo Bosworth on ‘The Hills’ Reboot?

Read More
Mischa Barton, Reality TV, The Hills
Mischa Barton is one of the newcomers to the 'Hills' reboot 'New Beginnings.' Find out why she was chosen.