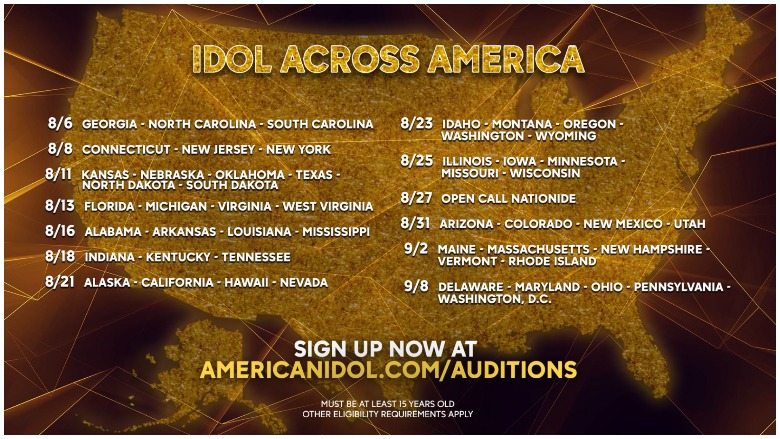 “American Idol” has announced their virtual face-to-face audition dates, and they kick off on August 6, 2021.

The first round of auditions will take place in Georgia, North Carolina, and South Carolina on August 6. From there, they will move to Connecticut, New Jersey, and New York, followed by Kansas, Nebraska, Oklahoma, Texas, North Dakota, and South Dakota.

The following dates and locations have been listed on the American Idol website:

To reserve a producer audition, simply click here. Click the state you are located in, and reserve your time slot for a Live Virtual Audition.

Auditions will take place in all 50 states and Washington, D.C. The next season of the show is slated to air in Spring 2022 on ABC.

Chayce Beckham Won the Most Recent Season of ‘American Idol’

California native Chayce Beckham was announced as the winner of the most recent season of “American Idol.”

Earlier this week, Pop Culture reported that judge Luke Bryan invited the winner on stage with him for a performance of “Huntin’, Fishin’ and Lovin’ Everyday” in early June.

According to the outlet, Bryan hyped up the crowd by asking them all to “give it up for Chayce” before the 24-year-old took to the stage.

Beckham is riding a wave of success these days. His debut single, “23”, topped the charts last month.

Speaking about the song to Pop Culture recently, Beckham said, “I never thought, whenever I wrote that song, that it would get released and do the way that it’s doing right now. More than an Apple Valley boy could ever ask for, so I’m definitely feeling shocked. I’m just blown away by the amount of support that I’m getting from my fans, and from people across the country, and people across the world. It’s honestly, a real, beautiful thing to experience.”

Beckham also shared that he is working on a new album. He said his music will include, “Just real music, real guitars, and real instrumentation, and talking about life as Americans. The life that we live, and the struggles that we face, and things that we go through, not only as individuals but as a community.”

Who Will Judge the Next Season of ‘American Idol’? 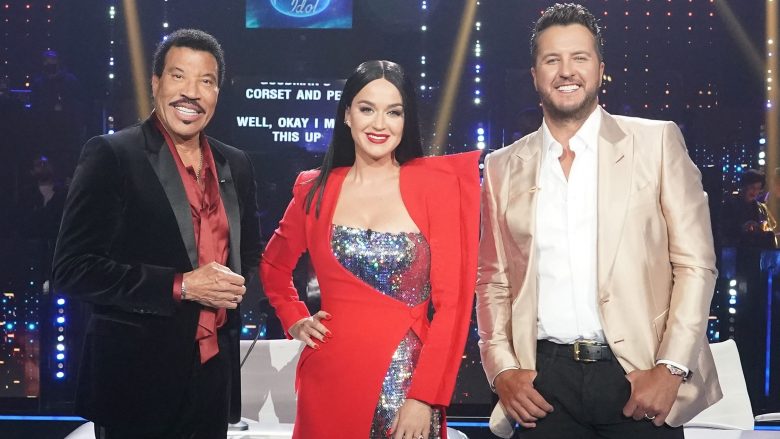 The next season of “American Idol” will be judged by Luke Bryan, Lionel Richie, and Katy Perry, once again.

ABC quoted executive producer and showrunner Trish Kinane as saying of the judges’ panel, “Katy, Lionel and Luke are fun, astute and really know how to spot talent. Their chemistry is undeniable, and we are delighted that they, along with host Ryan Seacrest, are returning to find the next superstar and take American Idol to new heights next season.”

Ryan Seacrest will return as host for the upcoming season, as well.