Suzanne Somers found out about the death of her former co-star, Bob Saget, while on live TV.

The former “Three’s Company” star, who recently appeared on Bravo’s “Million Dollar Listing,” was being interviewed on Australia’s “Studio 10” morning show when host Angela Bishop made the announcement that the popular comedian had passed away in a Florida hotel at age 65.

Saget was best known for his long-running role as Danny Tanner on “Full House,” which aired in the 1990s as part of ABC’s TGIF lineup during the same era as Somers’ sitcom “ Step By Step.”

As Somers zoomed in for a virtual interview with “Studio 10,” the breaking news about Saget came through. After Bishop told Somers that one of her co-stars had passed away, she appeared visibly upset.

“I’m hearing it from you,”  Somers told Bishop.

The 75-year-old TV star then recalled working with Saget when they were both actors for Warner Brothers.

“I would appear on his show from time to time, because right next door at Warner Brothers was my set for ‘Step By Step,’ where I starred with Patrick Duffy, and we would go over to the ‘Full House’ set, and it was kind of this wonderful thing that was going on at Warner Brothers at that time,” she said. “I can’t believe it,” a stunned Somers added. “He’s so young.“

Somers also briefly speculated on how Saget died, and then noted that she had “no information at all” on her friend’s cause of death.

In a statement to Fox News, Somers said Saget was a great father both on and off camera.

“He was a truly funny guy, a great guy, a TV dad, and also an amazing real-life dad and loving husband,” she said. “Kids loved him and we adults loved his bawdiness. Gone too soon.”

Somers later told Page Six she was shocked to learn of Saget’s death as she was in the middle of the live TV interview.

“I was kind of startled,” she admitted. “ Who would think when you’re on Australian TV [you’d] get this alert news about Bob Saget? My jaw was ajar — are you kidding?”

She told the outlet she had fond memories of working with Saget “practically side-by-side” when they filmed their sitcoms at adjoining studios on the Warner Brothers lot.

“It was such a fun time because we all would meet at the commissary for lunch, and it was this ongoing party,” Somers revealed. 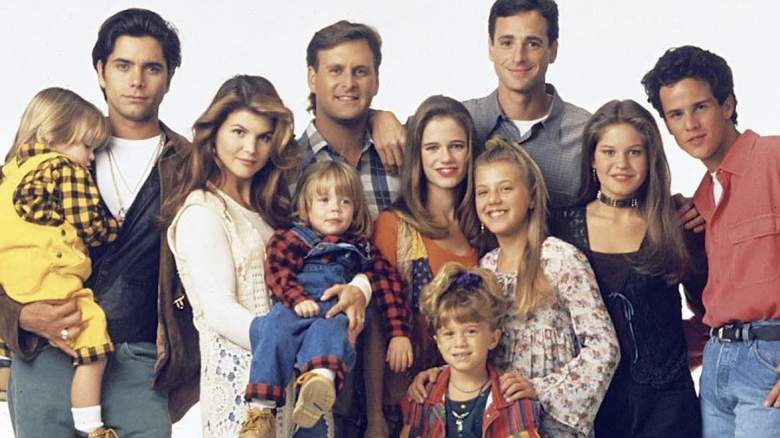 In 1994, the year before “Full House” ended its run, Somers guest-starred as herself on the episode “Love on the Rocks,” according to IMDb.

In an interview with Entertainment Weekly, Saget once talked about the TGIF formula that made his show, “Step by Step,” and countless others so long-lasting.

“The idea was, everybody’s problems are getting listened to,” he explained. “That formula made it so special for families and kids. And they followed through with the other TGIF shows. … Every character got served. Everybody had a story.”

“Full House” ran for eight seasons on ABC, from 1987 to 1995, and spawned the Netflix spinoff, “Fuller House,” which ended its five-season run on Netflix in 2020. “Step By Step” was part of ABC’s TGIF lineup for seven seasons before it finished out its final season on CBS.