Former Love & Hip Hop: Atlanta star Joseline Hernandez didn’t offer Tamar Braxton any words of encouragement during her time of need. The “Puerto Rican Princess” recently left a comment on a social media post that was filled with venom directed at the Braxton Family Values star.

The Neighborhood Talk posted a screenshot showing that the Braxton sisters have all unfollowed each other on social media since the release of the trailer for the upcoming season of Braxton Family Values. Under the post, Hernandez chimed in on the situation and even commented on Tamar Braxton’s suicide attempt that occurred over the summer.

“A bunch of fake hoes. Starting by the one [who] tried killing her self,” Hernandez commented. “Tamar talked to much over the years on people. That hoe KARMA is here to [haunt] her and I saying DIE b****. Watch people’s play book. And you will see their future. Sad but True. I [don’t] feel bad. She did it to herself. Next story.”

Damn what Tamar do to Joseline chile 😩

Hernandez & Braxton’s Feud Dates Back to 2012 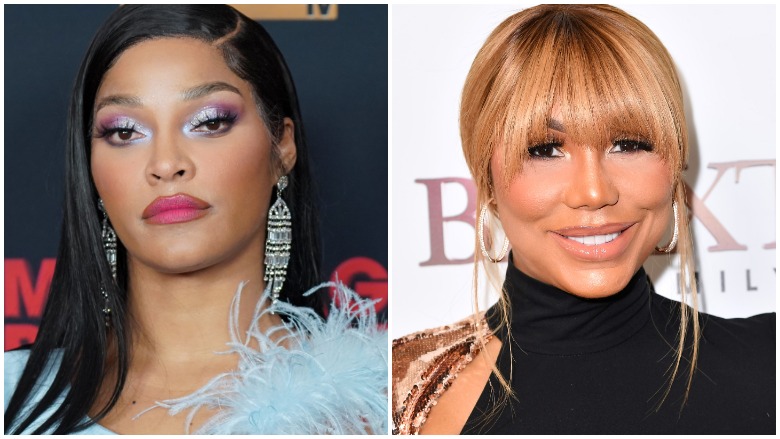 Hernandez also threw a jab at Braxton regarding her looks.

Braxton responded on Twitter and likened Hernandez’s comments to bullying.

“I guess if I wasn’t bullied name calling wouldn’t effect me,” she tweeted. “I always thought I wouldn’t go through it as an adult. I guess I was wrong. smh.”

On New Year’s Day in 2013, the “Love & War” singer issued an apology to Hernandez for her offensive joke.

“I should say sorry  2 @joseline cause I was only joking during a year in review show,” she wrote on Twitter according to Urban Belle. “It was all ‘in fun’ but I didn’t want 2 hurt any feelings.”

Both of the stars have moved on from the reality shows that they got their start on. Hernandez now has her own reality show on Zeus called Joseline’s Cabaret while Braxton has her own show titled Get Ya Life! Braxton is still casted on Braxton Family Values but openly blasted WeTV on Instagram for “using my pain for their pleasure and ratings” after the release of the trailer for the upcoming season of the show.