Jennifer Aydin has bone to pick with Margaret Josephs – and it’s not just over her co-star’s decision to blab her husband’s personal business on “The Real Housewives of New Jersey.”

On the season 12 premiere of the Bravo reality show, Josephs blurted out that “everyone” knew that Aydin’s husband, Bill, had an affair with a co-worker 10 years ago.

That didn’t go over well, but in a new interview, the mom of five called out her co-star for running her mouth about her own affair.

Margaret Josephs has been vocal about the fact that she had an affair with her now-husband, Joe Benigno, while she was still married to Jan Josephs, her first husband whom she wed in 1994 and divorced in 2013. In her tell-all book.“Caviar Dreams: Tuna Fish budget,” Josephs wrote about her multiple affairs, including a fling with Foreigner lead singer Kelly Hansen while she was married to Jan Josephs, according to Us Weekly. She also detailed her affair with Benigno, who was hired as a contractor to work on her home.

In an interview with Entertainment Tonight, Aydin revealed that her ongoing beef with Josephs wasn’t over the fact that she had an affair, but over the way she talked about it.

“I wasn’t mad that she was a cheater,” Aydin explained. “I think I was just annoyed or irritated at the way that she boasted about it, because [her now-husband, Joe Benigno’s] got an ex-wife somewhere — and she has an ex-husband and she has stepchildren — and doesn’t she know how hurtful this is to constantly repeat it over and over? … I would be very hurt if my husband bragged about this infidelity.”

Aydin questioned why Josephs felt the need to talk so openly about her cheating as if it were no big deal.

“I just kept wondering what was her purpose on just almost making it a headline, like it was funny, and things that she would say on camera that she knows people are going to see,” Aydin said. “Like, we were at a party last year and she was saying how Joe used to wash the stench of her off before he went home to his wife, or something to that effect. And I was just like, just don’t talk like that. Like just be respectful. It’s TMI. We don’t need to know. We got it.” 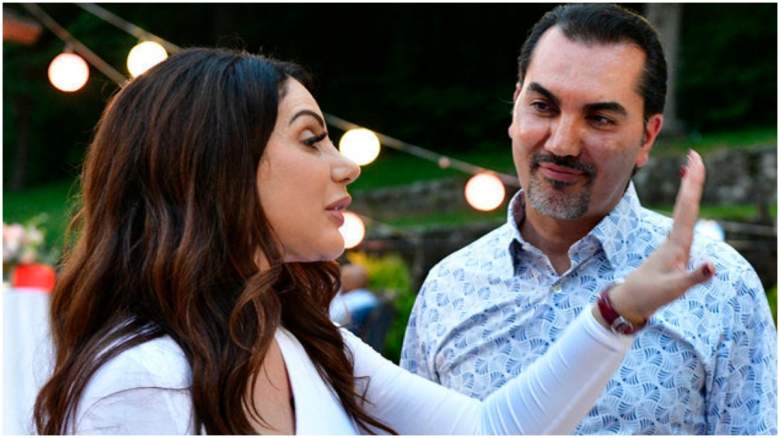 Aydin was caught off guard when Josephs spilled the shocking secret that her husband, Bill, had been hiding for 10 years. During an argument at a party at Teresa Giudice’s house, Josephs revealed that Aydin’s plastic surgeon husband had a two-year affair with an office manager at his practice. Aydin told Josephs to get her facts straight —  the woman was actually a pharmaceutical rep — but the damage was done.

In the ET interview, Aydin questioned why Josephs didn’t just take her aside to tell her what she knew instead of saying it in front of everyone on camera.

“Like, what, are you trying to embarrass me in the public? Trying to gang up on me?“ Aydin asked. “I’m not going to take that. So that’s one of the reasons why it ignited me to call Margaret a snake.”

She also noted that her husband “doesn’t go around bragging to everybody on how he cheated on me” in the way that Josephs did in her own relationship.

READ NEXT: Jackie Goldschneider Reveals Current Status of Her Marriage