ABC/Craig Sjodin Rachael Kirkconnell on season 25 of 'The Bachelor.'

On Thursday evening, Bachelor frontrunner Rachael Kirkconnell took to Instagram to share a candid video in which she further discussed her self-described past racist behavior.

Kirkconnell sat on the floor of a bedroom as she offered some thoughts, and explained her decision to share some information about why she was being criticized. She said that she’d been getting tons of messages since posting her apology, and that many people claimed that they didn’t understand why her actions were considered offensive. She decided to share some resources by way of reading materials in an effort to use her platform to inform those whom she says want to understand.

“Moving forward i will utilize my platform to amplify voices that are extremely knowledgeable in these subjects. please go to my story for IG handles, links to explain my offenses, and my link in bio for more resources which i will continue to add to. please look into these platforms and sources, this is the first step for change,” she captioned the post.

Fans rallied around Kirkconnell in the comments of the post, letting her know that they felt as though she was doing the right thing, and many praising her for taking steps in a positive direction.

Rachael Kirkconnell’s Video Was Viewed More Than 200,000 Times in the First Hour it Was Uploaded

“Thank you for realizing you were wrong & working to make it right,” wrote one social media user.

“You’re still young, you’re still learning and growing. We all make mistakes, don’t be so hard on yourself,” a second person commented.

“Good for you for making things right and speaking to those who also need to be spoken to,” added a third. 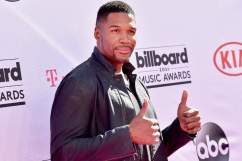 Will Michael Strahan Fill the Role of ‘Bachelor’ Host After Emmanuel Acho?

“What an amazing response Rachael! At first i was trying to defend your actions because i didn’t believe the crime justified the punishment you were getting. And while i still do not believe that you deserved the reaction you received, i now understand the importance of focusing on breaking the racial undertones that are engraved within our society. While you were unfortunately the poster child for a problem that extends way past you and your individual actions, i am so inspired by the way you are using this experience to enact positive change!” another Instagram user wrote.

The positive comments kept flowing as Kirkconnell took to her Instagram stories to share some links and reading materials in an effort to help educate others.

Rachael Kirkconnell Plans to Talk More About ‘Everything’

Rachael Kirkconnell will likely be given a national platform to speak about her past, and what she’s done to take accountability for her insensitive actions. It’s unclear, however, when that will take place.

It’s possible that there will still be an After the Final Rose special despite the report that she and Bachelor Matt James have split up. It’s possible that she will be asked to chat with former Bachelorette Rachel Lindsay, either on ExtraTV or on Lindsay’s Higher Learning podcast.

Nevertheless, Kirkconnell has let the world know that she plans on speaking out more — and she will more than likely speak directly to her past actions once The Bachelor finale airs on ABC.

“I just want to come on here and say a few things,” Kirkconnell began. “You will hear more from me about everything, hopefully sooner than later.”

“Things will never change if we don’t all work together,” she added. “…I’ve come to realize that sitting aside and hiding in the corner and avoid being called performative — that doesn’t help anyone or anything. Even if that is what people think when I speak on these subjects of injustice and racism, that’s not what really matters.”

READ NEXT: Rachael Kirkconnell on ‘The Bachelor’: 5 Fast Facts You Need to Know

Loading more stories
wpDiscuz
0
0
Would love your thoughts, please comment.x
()
x
| Reply
This 'Bachelor' frontrunner is getting a lot of support from fans after she posted a candid video and offered resources to people who want to understand why people are upset with her past actions.