The former “Bachelorette” star devoted a section of her tell-all to Tyler, whom she rejected on the finale of her season of the ABC dating show, then attempted to rekindle things with after her breakup with her final pick, Jed Wyatt.

In her book, Hannah addressed headline-making 2019 Tyler’s romance with Gigi Hadid and claimed he ghosted her to date the supermodel.

“Tyler met up with a supermodel after getting off the phone with me,” Hannah wrote per Entertainment Tonight. “This wasn’t a TV show. This wasn’t some game. My time with Tyler at my apartment wasn’t some meaningless hookup, the way it was portrayed in the press. My heart was on the line. And he broke it. With a supermodel.”

Once he did call her, Hannah claimed Tyler told her, “You got to date thirty guys, so I’m gonna date around and see if I still want to be with you.”

According to ET, Hannah also shared the final text message she received from Tyler in her book.

Tyler Shaded Hannah’s Story & Said He Has ‘Receipts Too’

Tyler was asked about Hannah’s book and that final text during an appearance on “The Bellas” podcast. Host Brie Bella said that no one was “surprised” when Hannah claimed that Tyler “rejected” her.

“I think she thought she was going to shock the world and everyone was just like, ‘Oh, well, duh,’” Brie said.

Her twin Nikki then added, “But I’ve got a question… she put out a text message.”

“I’ve got receipts, too!” Tyler replied. “You know that whole thing — first of all … the way I talked about her in my book showed nothing but love. We’ll see how she talks about me in her book. I hope she’s happy, I hope she’s successful. You know, she’s writing a book — she’s got to sell books, she’s got to make headlines. Sell them books!”

Tyler’s memoir, “You Deserve Better: What Life has Taught Me About Love, Relationships, and Becoming Your Best Self,” was published in July 2021. In his book, he expressed love for Hannah and said he had every intention of proposing to her on “The Bachelorette” finale. Of his very public romance with Gigi Hadid, he apologized for putting Hannah in a “tough, tough position.”

“If I could go back and do it all again, I would handle it differently. My communication should have been better,” he wrote,  per E! News. 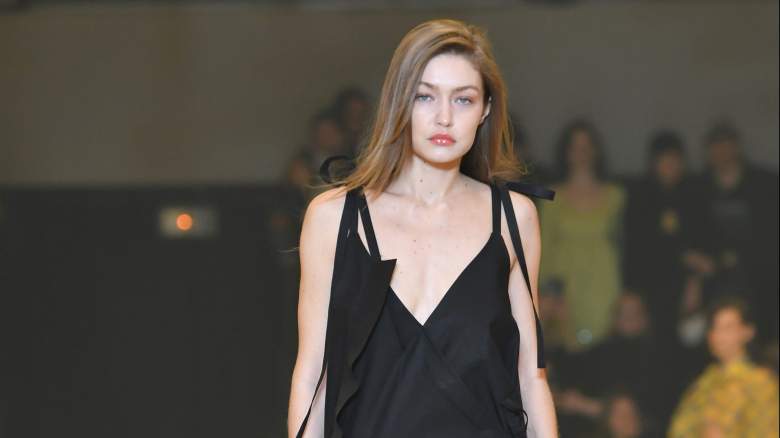 In an interview with People, Hannah admitted that while she picked Jed Wyatt as her final “Bachelorette” suitor, she knew she’d made a mistake because she still had feelings for Tyler. After reconnecting with her runner-up following the “After the Final Rose” special, Hannah said she was “really caught off guard” when she saw tabloid photos of him out with Gigi Hadid.

“I knew we were not together or openly dating, but just from the conversations we’d had, it was so shocking — and so public,” she said, adding that she didn’t talk to Tyler for months afterward and only reached out to him later when she learned his mother was dying.

The two ended up quarantining together in Florida during the early part of the COVID-19 pandemic in 2020, but it wasn’t as chummy as it seemed on social media.

“There was nothing romantic about that time,” Hannah revealed to People. “We didn’t even kiss! And it was really confusing because I told him I still had feelings for him and he rejected me.”

In her book, Hannah wrote that she slept in the same bed with Tyler for three weeks and he never tried to get romantic with her. She noted that he began acting like he didn’t want her around and would go full days without talking to her.

After she returned home to Alabama, Hannah came to the realization that a relationship with Tyler “was not good” for her.

“No matter how much we talked, and connected, I always felt like his bench girl,” she wrote in her book, per ET. “Like I was the backup player who never got to play in the game.”

The former “Bachelorette” star ultimately decided she couldn’t even be friends with her ex anymore.

READ NEXT: Are Becca Kufrin & Thomas Jacobs Moving in Together?

Tyler is fake; I find it ironic that he states “She has to sell them books” when he from the start was in this not for a relationship but for how much fame and financial gain he could get. It is sad that when you Google Hannah’s name Tyler’s come up. There is nothing sincere or honest about this guy; I do believe Hannah is real and wanted a relationship has made mistakes and is just learning and being honest. Tyler is an opportunist, which is good for him, but Tyler be honest and not try to look the fame seeker that you are.