Brody Jenner’s mom is happy for her former daughter-in-law Kaitlynn Carter and her recent pregnancy news.

The  32-year-old “The Hills: New Beginnings” star is expecting her first child with Kristopher Brock two years after splitting from Jenner.

After Carter shared an Instagram photo of a silhouette of her growing bump during a trip with Brock to the Esperanza Resort in Cabo, Mexico, her former mother-in-law, Linda Thompson, reacted to the news—and may have given an unexpected gender reveal by calling the baby a “little guy.”

“Yay!” Thompson wrote in the comments section. “Now the news is out and I can tell everybody… I’ve been holding this in so long and I’m so excited for you! Congratulations! Can’t wait to meet the little guy… Love you!”

Some followers asked if Thompson’s comment was a gender reveal, while others praised Thompson for the love she has for her kids, their fathers, significant others, and their former loves. 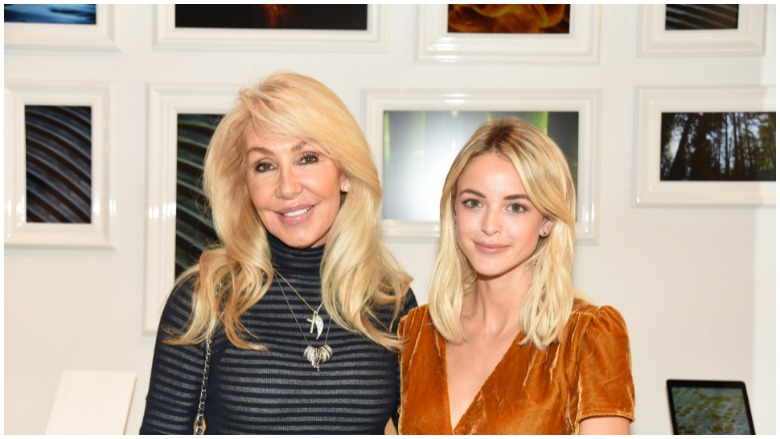 Thompson clearly knew about Carter’s baby news well before “The Hills” star shared her Instagram photo. She chimed in on another post that teased it’s a boy.

After Carter’s sister, Lindsey Carter Reis, posted to Instagram about the recent birth of her own baby and added she’s “so excited for @kaitlynn baby to arrive and can’t wait to meet our new nephew!,” Thompson offered her some advice to enjoy new motherhood.

“Enjoy these days…” Thompson wrote. “ It’s pretty much the best time of your life! I didn’t know the news about Kaitlynn being pregnant was out there yet so I’ve been very quiet about it…But I’m thrilled for her.”

It’s not a  surprise that Thompson was privy to Carter’s pregnancy news. While Carter and Jenner announced their split in 2019, just one year after their Indonesian wedding ceremony, the two women have remained close in the two years since. Carter and Jenner spent seven years together and talked about having kids together, an idea that Thompson was all for as seen in the first season of “The Hills; New Beginnings.”

On a December 2020 episode the “Scrubbing In” podcast,  Carter revealed that she remained close friends with her ex after their split.

“I think the reason he and I ended up getting married in the first place was because we were always such good friends,” Carter said on the podcast. “And that is something we’ve been able to salvage through our split.”

Carter also told People magazine that she still spends time with Jenner and their dogs and has a great relationship with her former mother-in-law, Thompson.

“We’re on great terms,” she said. “We see each other regularly. We have dogs we share, you know, and I’m close with his mom and family, so it’s all good.”

Months after her split from Jenner, Carter also shared a photo of her while out to dinner with Thompson and another friend at  Nobu in Malibu.

“Feelin’ super lucky to be part of this modern fam,” Carter wrote in January 2020.