Kristin Cavallari fired up some of her followers with her latest Instagram post. The Uncommon James founder, 34, shared a pic from a girls’ weekend with her longtime pals, Steph Biegel and Kelly Kelley, but they were missing an important accessory.

In the black and white photo shared to the former Very Cavallari star’s social media page, the blonde besties were all smiles as they posed at what appeared to be a sports bar.

In the new snap, Kristin posed with her arm around her pal Steph as the gorgeous trio laughed together in the public setting with their face completely exposed.

The photo was taken after Kristin shared that she was on a girls’ weekend with her friends. While she has not revealed the location of her getaway, the mom of three previously shared videos as they laughed, danced, and drank wine, and she posted a tranquil shot of a gorgeous ocean view the morning after the partying.

Unfortunately, not all of Kristin’s followers were smiling over her latest photo.

Kristin captioned  the photo of her girls’ night out by jokingly writing, “Zero fun.”

But many followers zeroed in on the gorgeous group’s lack of face protection amid the raging COVID-19 pandemic.

“Glad to see you all having fun but….um, hello? Covid,” another added.

“Healthcare workers are tired… wear a mask!”  a third commenter wrote to the reality star.

“Not wearing a mask… This picture is what’s wrong with America,” another chimed in.

“I have loved her since Laguna, but she is a public figure. Disappointed and unfollowing,” another wrote.

Others criticized celebrities who seem to think the pandemic safety protocol rules don’t apply to them.

Some followers did defend Kristin and her friends by noting that they may have just taken off their masks to take the photo, and then put them back on.

“How do you know she didn’t put her mask on right after she took the picture! You’re not gonna get Covid from taking a 2-second picture smh!” one fan wrote.

“Seriously. they spent the weekend together!!!” another added. “They don’t need to wear a mask.”

During Her Getaway, Kristin Had a ‘Safer’ Encounter Via an Instagram Live With Her New Boyfriend 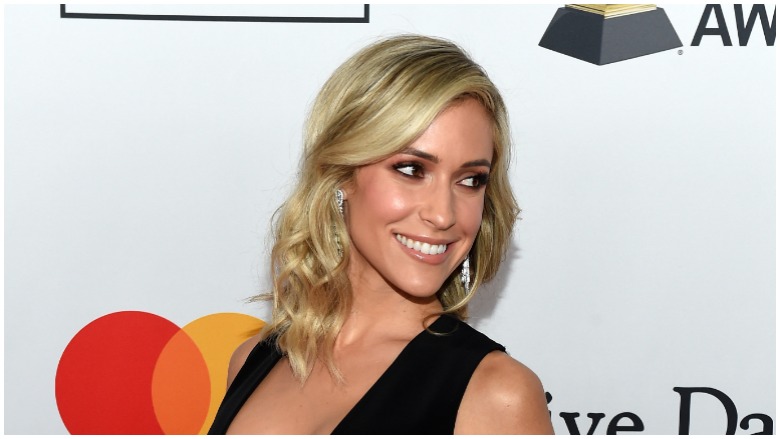 While her new pic sparked controversy, a day earlier, Kristin thrilled her fans with a joint Instagram Live with her rumored new boyfriend, comedian Jeff Dye.

Kristin capped off a night of partying with her girls to chat with the 37-year-old comic that she has been linked with following her split from ex-husband Jay Cutler. The two were caught in PDA pics in Chicago and were seen kissing in Cabo San Lucas last month.

During the live chat, Jeff called Kristin “babe” and she referred to him as “sweet little Jeffy” as they seemingly confirmed their four-month romance, according to People. The two ended their flirty chat by saying “I love you” to each other.