New Jersey Governor Christie Christie is out of the running and everybody is wondering where his endorsement will go. After the New Hampshire primary, where Christie finished in sixth place, he had been widely expected to suspend his campaign. He did so on February 10. Former HP CEO Carly Fiorina did the same after her seventh place finish in the primary.

So who will be the lucky recipient of the New Jersey governor’s endorsement:

Just prior to Christie announcing that he was dropping out, Donald Trump told Morning Joe on MSNBC that the mogul had spoken to Christie. Trump said, “I think that Chris did an amazing job in terms of the debate, as a prosecutor, and he’s a friend of mine. And he actually called me last night, and we had a long talk, and he’s a little disappointed because he really did do a great job, he did an amazing job during that debate.”

A blog from conservative website HotAir written after Christie dropped out was titled, “Let’s face it: Chris Christie’s smartest play now is to endorse Trump.” The article says, “Christie would instantly be the biggest endorsement Trump has landed.”

Meanwhile, closer to Christie’s home, Tom Moran, a columnist with New Jersey’s Star Ledger wrote in his obituary for the governor’s campaign, “Christie should endorse Kasich to help rally the party against Trump.” Moran’s article says:

But the prospect of Donald Trump winning this nomination should scare us all, liberal or conservative, and that means it’s time for the moderates to consolidate behind Kasich or Jeb Bush.

Though Moran does note that Kasich ran attack ads against Christie in New Hampshire in December. While Christie ran ads attacking Kasich’s ties to Lehman Brothers.

During his campaign, Christie had managed to secure the endorsements of Maryland Governor Larry Hogan and Maine Governor Paul LePage as well as the Boston Herald and New Hampshire Union Leader. It’s difficult to know if these endorsements, along with the 3 percent of Republican supporters who back Christie, will instantly switch to whomever he endorses.

What is known is that Christie’s inner-political circle keep notes on who doesn’t endorse them.

One man unlikely to worry about getting Christie’s endorsement is Florida Senator Marco Rubio. During the New Hampshire debate, Christie “savaged” Rubio, according to the New York Times. The governor took aim at Rubio’s apparent establishment persona, and his habit of speaking in political rhetoric.

Of course there’s Ted Cruz. In an appearance on Bob Schieffer’s “Face the Nation” in January 2014, the Texas senator said, “I like Chris Christie. I think he is brash and outspoken, and I think it’s terrific that he’s been able to get elected twice as a Republican in a very blue state…I think he’s an effective leader.”

In January 2016, Politico reported that Christie “signals support for Ted Cruz’s immigration strategy.” The strategy was referred to as “attrition through enforcement” by Cruz’s campaign chairman Chad Sweet, a phrase that was also used by Christie in speaking to the Washington Examiner.

According to a candidate policy comparison website, Christie and former Florida Governor Jeb Bush agree on several core issues, affirmative action, restrictions on abortions, expanding the military, a pathway to citizenship and the privatization of social security.

During Christie’s campaign, he hit Jeb Bush with a reference to the Iraq War. Later, Jeb Bush told MSNBC, “I like Chris Christie, I think he’s a talent for sure, and he’s my friend.” Though, Christie wasn’t impressed, saying, “Jeb can say whatever he wants to say, and you can tell him, stop saying I’m a nice guy and he likes me. I don’t need the fake compliment leading into the criticism.”

Though the New York Times reported prior to the New Hampshire primary that Christie had a “secret ally” in Bush. That article was specifically about Christie trying to take down Marco Rubio.

The relationship between Christie and another man who is apparently thinking about dropping out, Ben Carson, hasn’t been as frosty. As Carson’s numbers continue to fall, it’s not clear if Christie’s endorsement would help him that much. In November 2015, Christie appeared on CNN’s New Day and responded to claims that Carson had made about being the most scrutinized candidate in the Republican field. The governor said:

Is he kidding? Did he watch what I went through in January of 2014 for months and months of relentless attacks from people in the media and in the partisan Democratic Party when it turned out that I did absolutely nothing wrong?

I haven’t gotten a note of apology from anybody yet.

I’ve got the scars all over my back to prove that a lot of people jumped to conclusions. 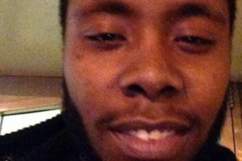 Loading more stories
wpDiscuz
0
0
Would love your thoughts, please comment.x
()
x
| Reply
New Jersey Governor Christie Christie is out of the running and everybody is wondering where his endorsement will go.