Kayla Jean Giles was accused of shooting and killing her estranged husband during a custody exchange. It happened in a Walmart parking lot on Saturday, September 8, 2018 in Alexandria, Louisiana. 30-year-old Thomas Coutee Jr. was pronounced dead at the scene.

1. The Shooting Happened Near Kayla Jean Giles’ Home and She Was Being Held Without Bond

Kayla Jean Giles and Thomas Coutee, Jr. met in the parking lot of a Walmart for a custody exchange around 11:15 a.m. on September 8, 2018. The store was across the street from Giles’ townhouse home.

31-year-old Giles is accused of shooting Coutee once in the chest. But police have not publicly speculated about what may have prompted the violence. Emergency responders tried to revive Coutee, but he died at the scene.

Giles was identified as the victim’s estranged wife and arrested. She was being held at the Rapides Parish Detention Center. According to inmate records, she was charged with second-degree murder and being held without bond.

Giles and Coutee shared one biological daughter. They were also raising two older daughters. Police said three children were in the car at the time of the shooting, but would not confirm their identities. None of the children were hurt. They were later picked up by other family members.

2. Giles and Coutee Were Engaged in a Custody Battle

Kayla Jean Giles and Thomas Coutee, Jr. separated in February of 2018 after more than three years of marriage. Coutee posted a quote on Facebook around that time that read, “Never beg for a friendship or relationship with anyone. If you don’t receive the same efforts you give, lose that contact.” His relationship status said “single.”

The couple shared one daughter, who turned two years old on the day of the shooting. A judge granted joint custody to Giles and Coutee in August. But Coutee’s attorney filed a motion on August 28th asking the judge to grant sole custody to Coutee. They were due back in court in October.

Thomas Coutee Jr. was asking for sole custody of the couple’s daughter at the time of the fatal shooting. A request for a new trial on the issue was filed on August 28, 2018. He accused Giles of repeatedly abusing him during their marriage. His reasoning for filing the motion was that under Louisiana law, “no parent who has a history of perpetrating family violence shall be awarded sole or joint custody of children.”

Coutee called police back in May accusing Giles of slapping him in the face. He said the incident happened while Giles was picking up the kids. Coutee alleges that Giles hit him when he leaned into the car to give his daughter a hug.

According to the Town Talk, the couple had been arguing about Giles’ alleged new boyfriend back in May. Coutee reportedly claimed the man was addicted to drugs and was concerned about having him around the children. No charges were filed after the slapping incident. 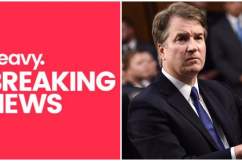 Brett Kavanaugh & Gun Rights: What You Need to Know

4. Kayla Giles Was a Veteran

A legal agreement between the couple reveals that Kayla Jean Giles was a veteran, according to the Alexandria Town Talk newspaper. When they divided their assets, Giles agreed to provide medical and dental benefits to Coutee and their daughter until the divorce was finalized. The benefits were reportedly through the Civilian Health and Medical Program, which is provided through the Department of Veterans Affairs to military dependents.

Giles also began using her maiden name again. She acquired Coutee’s last name when they got married in Waco, Texas in 2014.

Coutee was a welder by trade. He worked as an instructor at Central Louisiana Technical Community College. He wrote about his love for teaching on Facebook back in March. “I am glad I was able to be apart of this opportunity. It is events like this why I love being a teacher and mentor to students. I feel like going to these events and helping out makes me see that being a Teacher is my true passion and career, and I am glad I chose this path in life.”

He also brought his young daughter to the track and took her on rides around the yard. Coutee referred to her as his “mini me” and expressed his love for his daughters frequently on social media.

READ NEXT: Georgia Woman Accused of Posing as a Dentist