Google probably knows you better than you know yourself. Why else when you’re looking for a salad recipe and start your search does “how to make cookies” pop up first? Now Google is composing poetry for you. Sort of.

Google Poetics is a new Twitter account that takes some of the most popular search queries and transforms them into “beautiful” poetry. The account’s website even allows users to submit their own search submissions for poetic consideration.

Check out some of the best poems so far. It’s deep, man. Ya dig?

Pass on the poetry!

it's kind of a funny story it's raining men it's my life #GooglePoems pic.twitter.com/R5Ff28p2yo 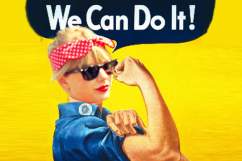 Pass on the poetry!