In a segment about the comic’s suicide, the anchor ended his newscast with:

And yet, something inside you is so horrible or you’re such a coward or whatever the reason that you decide that you have to end it. Robin Williams, at 63, did that today.

Smith has since apologized for his words, but it’s worth a harder look.

In his book “Myths About Suicide,” Psychologist Thomas Joiner deconstructs the myth that suicide is cowardly or selfish.

“It certainly seems selfish from the outside,” Joiner told NPR in 2010. “I understand the sentiment. But the trouble is, in trying to reason about the suicidal mind from a non-suicidal place – that’s basically where most of these myths come from.”

“What the suicidal person is thinking at the time is actually quite different from selfishness. Their idea is along the lines of, my death will be worth more than my life to others,” he explained. “Now, if you ponder that sentiment, that’s not selfish at all. In fact, if anything it’s the opposite. It’s very selfless.” 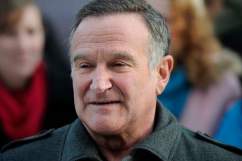 Robin Williams’ Last 4 Movies to be Released in 2014