Jean E. Oddi died on February 20, 2017, at the ripe age of 91, but not before writing her own obituary with such personality that she may as well still be living. Oddi, of Columbus, Ohio, originally had her obituary published in the Columbus Dispatch, but it has since gone viral.

Oddi begins her obit with declaring that she is no longer alive. She writes:

I was born. I lived. I died. I hate to admit it, but evidently, I died. I guess, after all these years, God finally figured out where to put me.

The former dog show competitor and mother goes on to address the loves in her life and one person’s politics, starting with her only daughter with her husband, Guy, who preceded her in death. Oddi writes:

I will be missed by my favorite daughter, Casey; my adorable and favorite granddaughter, Melissa Eden should be Jean and her conservative husband, Michael and by those two amazing grandbabies, Griffin and Nicholas, I am very proud of.

Oddi goes on to reminisce about stories from the “bad old days” before delving into her “professional life” and “education,” writing, “I’m proud to have been the president of my own corporation, #1 AH, and to have received my doctorate in Bitchology.” She then gives some humorous, but sound advice:

Please remember this: never let the facts get in the way of a good story, the middle finger is sign language; when someone gives, take; when someone takes, scream, and take care of yourself; don’t get old…

Oddi then goes on to promote her favorite charities including the Olentangy Patriots Little League, the Ohio Health Hospice, and the Living Faith Apostolic Church. She then goes on to make two final requests. To those considering coming to her funeral, she says, “If you are sick, don’t bother to come. I might be dead, but I still don’t want your germs.” She then asks for those that want her stuff to wait for a bit before approaching her family about it. 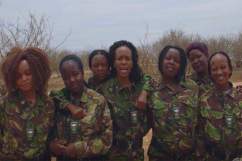 Read More
Dead, Funny, Ohio
Jean E. Oddi died on February 20, 2017, at the ripe age of 91, but not before writing her own obituary with such personality that she may as well still be living.