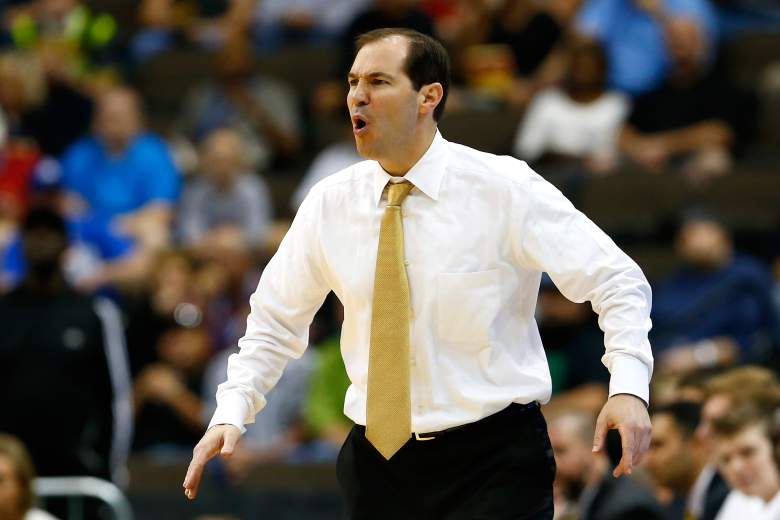 Scott Drew and the Baylor men’s basketball team sputtered a bit this week with a league loss. (Getty)

The Runnin’ Utes are confusing. They notch major upset victories on neutral courts. They look dominant on the offensive side of the ball. Then they drop two straight to open league play. See, confusing. And frustratingly inconsistent.

UConn has won five straight since that Maryland loss on December 8 and while the AAC opener against Tulane wasn’t always pretty on Saturday night, it was still a win. And right now, that’s good enough. If Sterling Gibbs can come into his own with the Huskies, and maybe step into a leadership role a bit more, UConn could turn into a dangerous squad.

Oof. That was not the way Baylor wanted to start Big 12 play. The Bears dropped their sixth straight game against Kansas, falling 102-74 on Saturday night. Baylor allowed four different players to place in double digits as the zone defense didn’t do all that much defending.

Tyler Cavanaugh is a good basketball player. In fact, he might even be a star with George Washington this season. The junior forward is averaging just over 15 points and seven rebounds a game this season, but he had one of his best games on Sunday night with a double-double of 21 and 10 as the Colonials defeated Fordham in their A-10 opener. GW needs Cavanaugh to be that guy every night.

Remember when Purdue was undefeated? The Boilermakers dropped their second game of the season in surprising, and particularly disappointing, fashion on Saturday, falling 70-63 to Iowa at home. There’s good news, though! Purdue held its 13th straight opponent below its scoring average. It’s something, right?