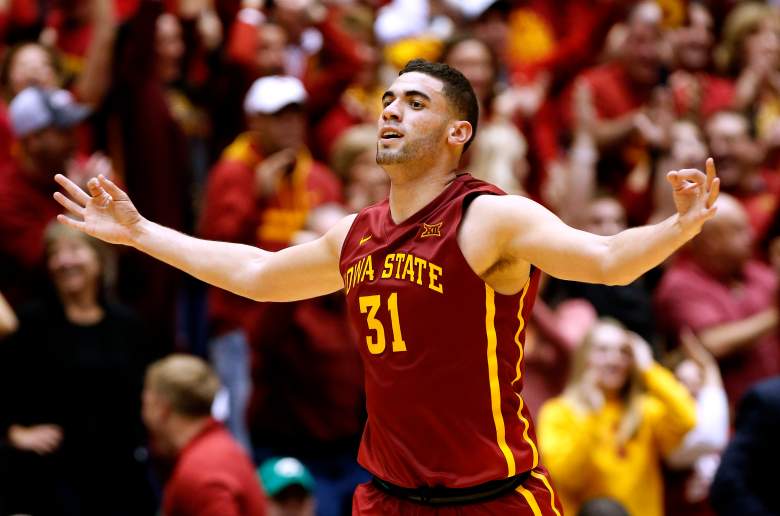 Georges Niang was a bright spot for Iowa State in an otherwise disappointing week. (Getty)

The Cardinals are still perfect at home. Despite a furious late-game rally by Wake Forest, Louisville managed to hold on for a 65-57 victory on Sunday night. It was the Cards’ first game since their December 26th loss to Kentucky and that rust was apparent throughout the league matchup. Still, Chinau Onuaku made his presence known. He finished with 12 points, 15 rebounds and four blocks. No rust on that one.

Most college basketball teams aren’t good on the road. In fact, most college basketball teams are fairly bad on the road. Not WVU. At least not in conference play. The Mountaineers won their 33rd conference road game under Bob Huggins after this weekend’s 87-83 victory over Kansas State. That’s good and makes WVU a threat, no matter where the game is.

The Cyclones need to get back on track. The same team that was once ranked as high as No. 2 in the country has floundered a bit in recent games and opened league play with an 87-83 loss to Oklahoma. But there’s reason to still feel confident. Georges Niang. He averaged 22 points and 8.5 rebounds in two games last week.

Has anyone noticed that Grayson Allen spends a lot of time on the floor? The Duke guard might just be one of the most physical players in the entire NCAA, so much so that coach Mike Krzyzewski called him “fearless” after the Blue Devils cruised to an 81-64 victory over Boston College. As far as Coach K is concerned, he’s not worried about Allen getting hurt. Flying around, breaking up passes and, yes, sometimes landing on the floor are all part of the Allen-package deal.

There’s more Big East strength in the rankings, click the arrow to check out teams 12 to 9.