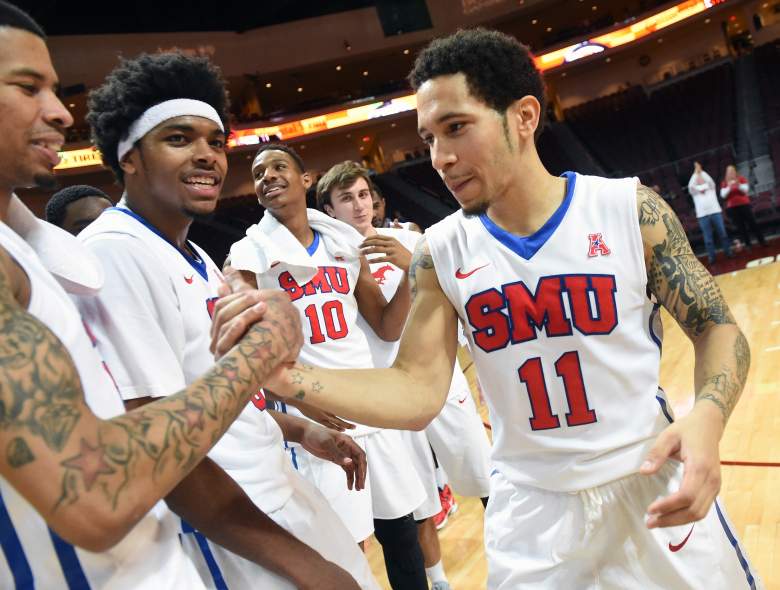 SMU, led by Nic Moore on the offensive side, is still perfect after opening league play with a victory last week. (Getty)

Welcome to the rankings, South Carolina! The Gamecocks are still undefeated, still scoring a vaguely ridiculous amount of points and, finally, starting to impress the rest of the country. The last time South Carolina was this dominant? When the 1933-34 team opened 17-0. So, yeah, it’s been awhile.

Larry Brown is back. The Mustangs are still undefeated. And SMU fans are pretty happy with how their team has looked so far this season. Don’t let the offensive numbers fool you though, this is a good defensive team as well. In fact, SMU held USF to a nine-minute scoring drought on Saturday.

Butler had two very difficult opponents to start Big East play last week; Providence at home and on the road against Xavier. They weren’t easy games, but even splitting them might have been considered a success. The Bulldogs didn’t do that. They lost both. Badly. It made everyone start to think twice about putting Butler in the Big East final already. This is is a team that needs to win this week. Badly.

Alex Caruso entered Texas A&M history books on Saturday night. The senior guard set the school record for career steals with 230, including two in the Aggies’ 92-69 victory over Arkansas. He entered the game tied with former guard David Edwards. Watch out for Caruso. He’s got fast hands and a defensive-mind that could help spark Texas A&M on both sides of the ball.

Let’s break down 16 through 13, just click that next page arrow.